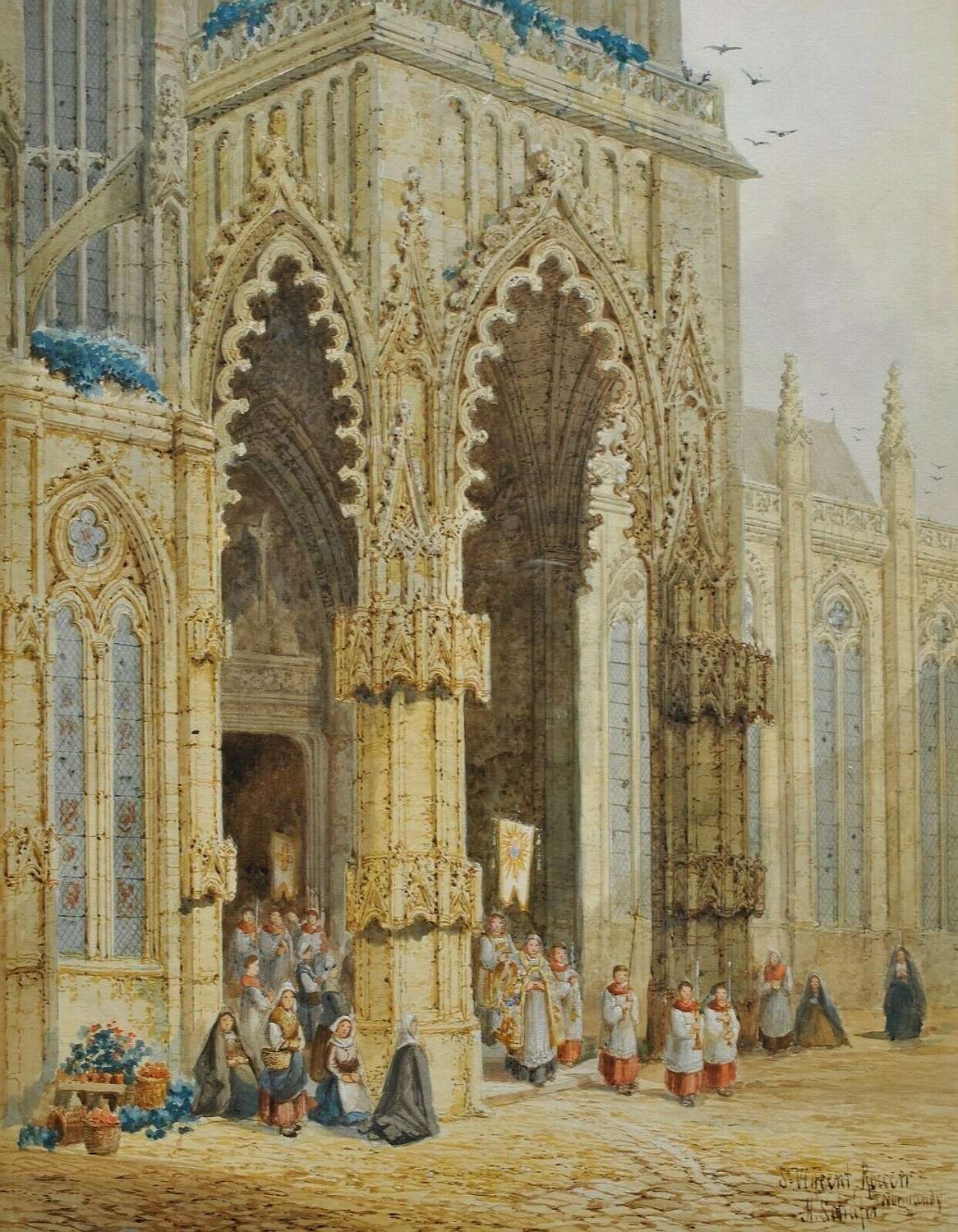 The Church of St. Vincent de Rouen was located at the corner of Jeanne-d'Arc and Giraud near the banks of the Seine. It was built between 1490 and 1556 in a Gothic style and was known for its vast dimensions. The church also had the uniqueness of owning a bell tower that had not been completed.

The building was heavily damaged by a bomb that fell in the choir level May 31, 1944 during the Allied strikes announcing the landing.

Henri Schäfer was a 19th century French artist who travelled throughout Europe painting town scenes and buildings in Northern France, Belgium and Germany. He retired to England becoming a British subject and was known to be living in the Islington area of London. He continued to paint until the turn of the century. Many of his works depict the architecture of gothic cathedrals and churches. He also produced interior studies of churches.

Because of the similarity in their names, the overlap in their times of active work, and this artist’s sometime residence in Britain, the townscape paintings of Henri Schäfer are often misattributed to the British artist Henry Thomas Schafer, and their biographical details are occasionally merged, most notably in Emmanuel Benezit, Dictionnaire Critique et Documentaire des Peintres.

The catalogs of auction houses regularly confuse the two artists. Distinct biographical sketches may be found in Christopher Wood’s The Dictionary of Victorian Painters. In addition, some auction houses attribute paintings that by style and signature appear to be by Henri Schäfer to artist Heinrich Hermann Schäfer (1815-1884). That German artist of portrait and genre paintings is reported to sign “Herm. Schaefer”.

Schafer's style resembles that of Alfred Montague and follows the school of Samuel Prout. His works are highly decorative and are made even more interesting with the inclusion of ordinary folk going about their daily business. 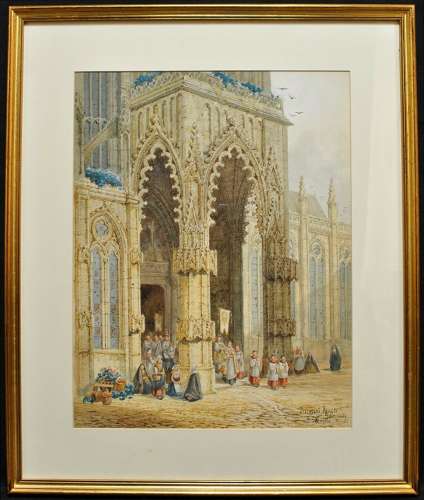