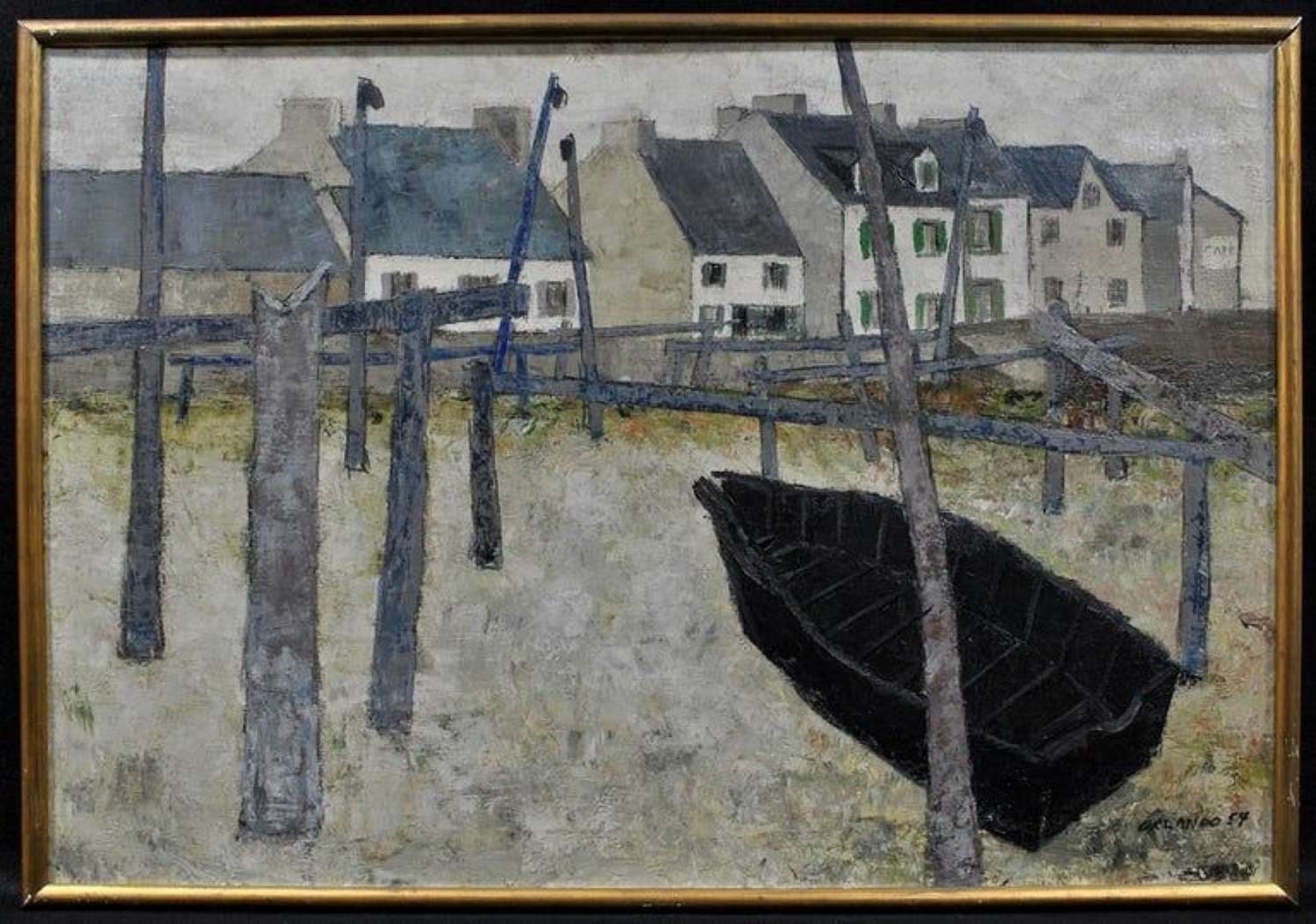 A beautiful mid 20th century oil on canvas depicting houses on the French coast with an old rowing boat by Peter Orlando. A lovely example of mid 20th century Paris/naif school painting by this very interesting artist. Signed and dated 1959 lower right and presented in a gilt frame.

This is one of a small collection of paintings by this artist that we currently have available.

Peter Orlando was born in Orange, New Jersey in 1921 and died on November 29th, 2009 in Saint-Céré, in the South of France. His parents were of Italian origin. He always wanted to paint. He studied at the "Academy of Arts" in Newark, New Jersey before the Second World War.

Orlando went to Paris during WWII. In 1945 he married a Parisian girl - Denise, and the G.I. Bill helped him realize his dream of becoming a painter. He entered the Paris Academy of Beaux Arts at the Brianchon Studio where he stayed for nearly five years. Having realized that Paris was necessary for him, he found a way to make a living in manufacturing ceramics with his wife's help. Thanks to their ceramics studio, he could now paint freely.

He was a member of the "Salon d'Automne" and exhibited at the "Young Painters at the "National Terre Latine." Peter was an unusually gifted painter of the "primitive style" with a wholly recognizable personal touch.. His obituary appeared in Le Figaro, Paris's most prestigious paper. In St. Jean-Lespinasse, a neighboring town of Saint-Céré, there is a small museum, "L'Espace Orlando" within sight of his final churchyard-cemetery resting place, that is devoted to his paintings and the ceramics that he and Denise created. 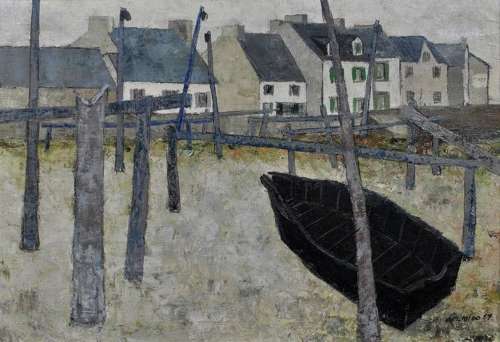 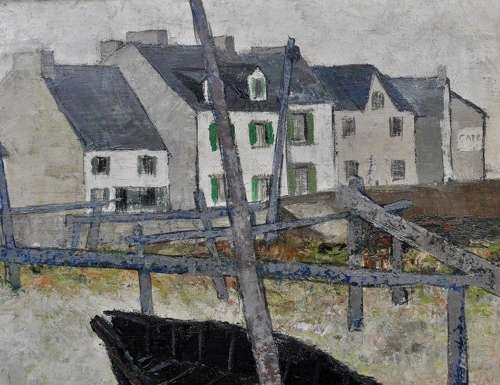 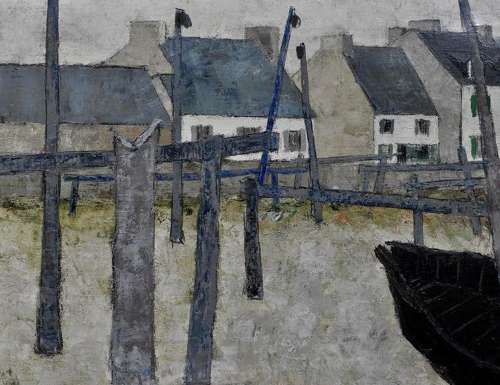 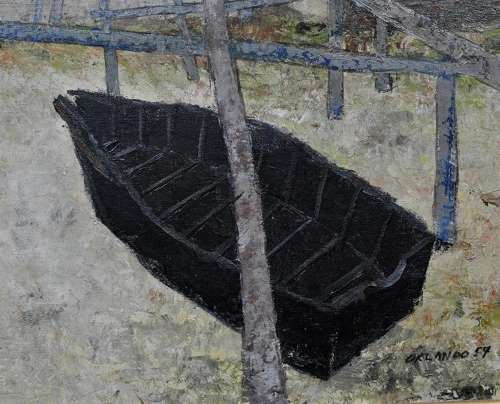 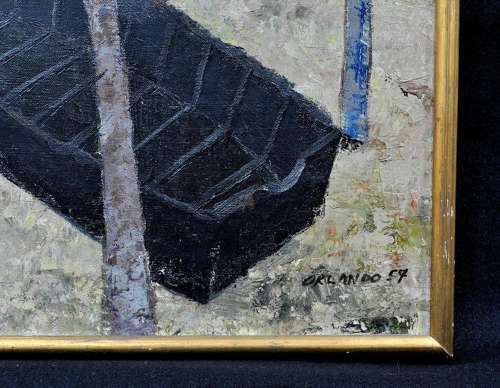 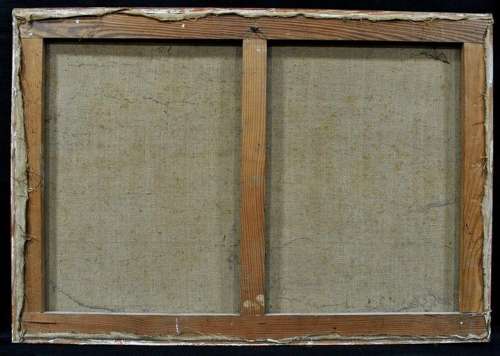