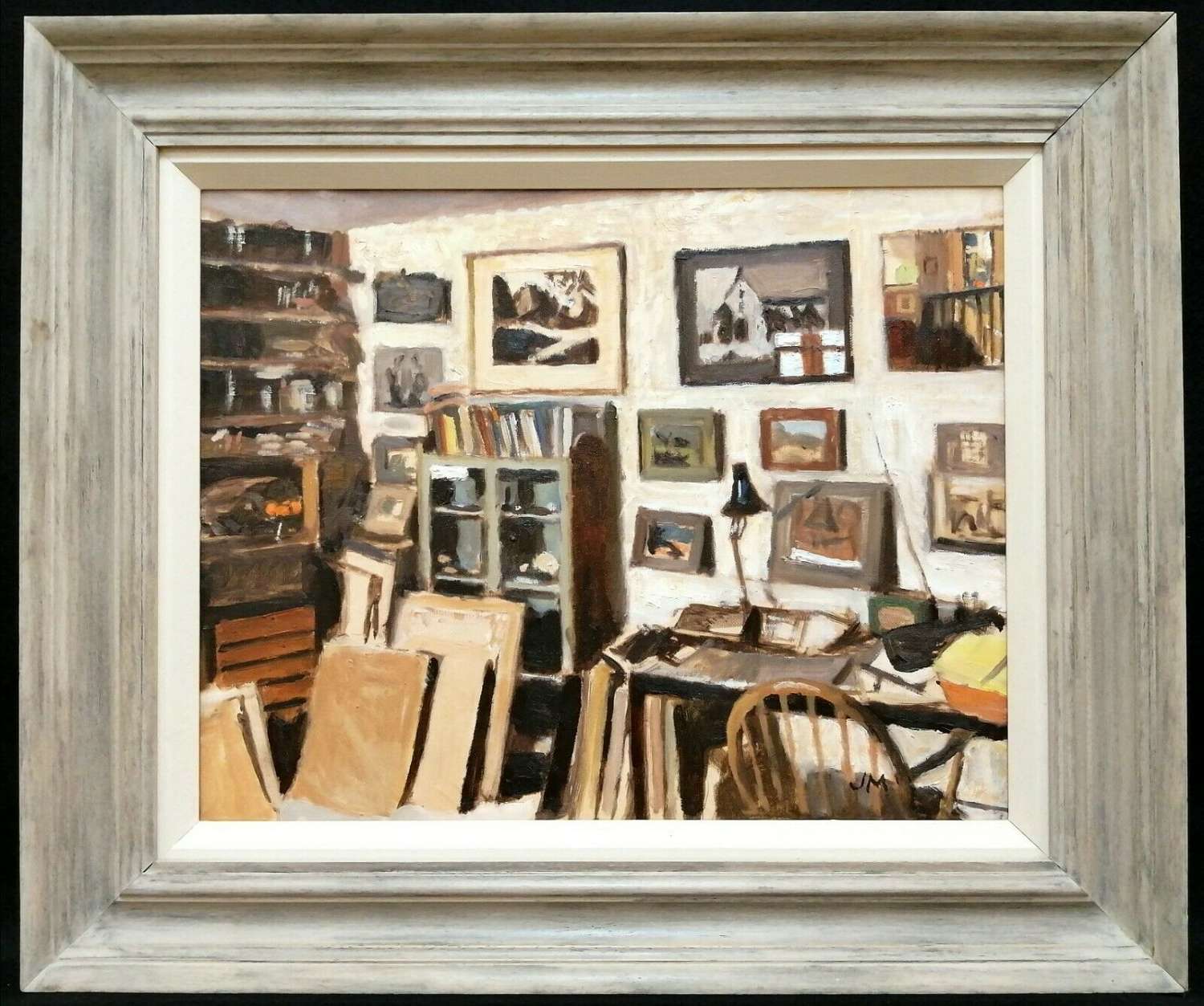 '' Books and Pictures in the Studio ''

A fine oil on canvas by the Scottish artist John Maddison. The work depicts books and pictures stacked up in the artist's studio around a desk with a black lamp, analogue radio and more pictures. Beautiful painting, signed with initials lower right and presented in its oroginal painted frame. Includes Jerram Gallery sale receipt from 2017.

Born in St. Andrews, Fife, John Maddison studied Art History at the University of Manchester and, following graduation in 1974, went on to lecture on Medieval Art at the University of Leeds. He has been described as a painter "capable of investing the ordinary table-top still-life with magic and mystery". (John Russell Taylor, "The Times"). "The handling of paint stood out" (Richard Dorment, "The Telegraph" reviewing the R.A. Summer Exhibition).

The Daily Telegraph Magazine published a four page illustrated article on him in which he discussed his approach to painting. John paints the interiors of his home by electric light. His pictures glow with earth colours shot though with occasional dashes of blue. He is preoccupied with the shapes and patterns made by accidental conjunctions of bookshelves, pictures, chair backs and objects on a mantelpiece, as well as by half-open doors.

John Maddison learnt much of enduring value about the art of painting from the artist Dick Lee, and since 1992 has concentrated full time on painting. He paints in oil, interpreting the texture and colour of everyday objects with a handling that gives the paint a feeling of fluidity, and recalls the manner of William Nicholson.

In 1995 he was commissioned by The National Trust to paint a series of panels for a restaurant at Felbrigg Hall. In 2008 he was commissioned to design the new altar for the Lady Chapel in Ely Cathedral. For this commission John was one of five artists short listed for the coveted 2015 ACE Awards. These awards are designed to celebrate the successes and diversity of architectural and artistic projects in religious buildings throughout Britain. 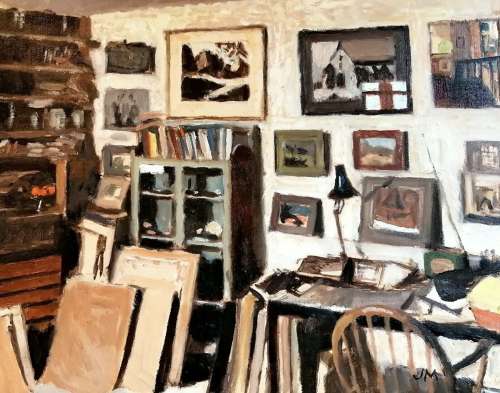 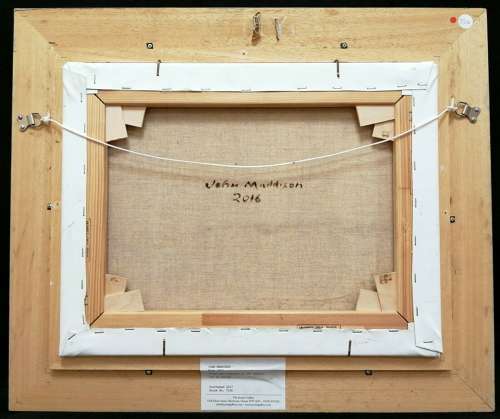 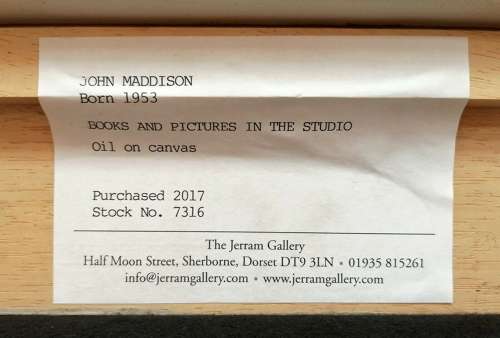 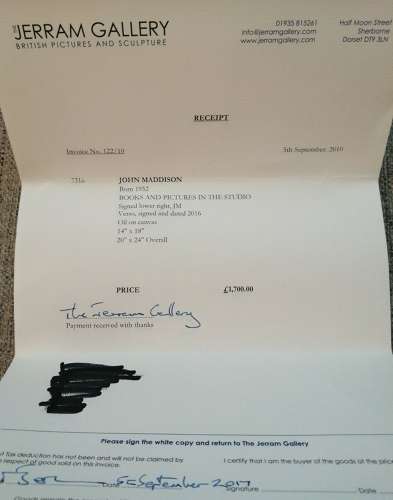