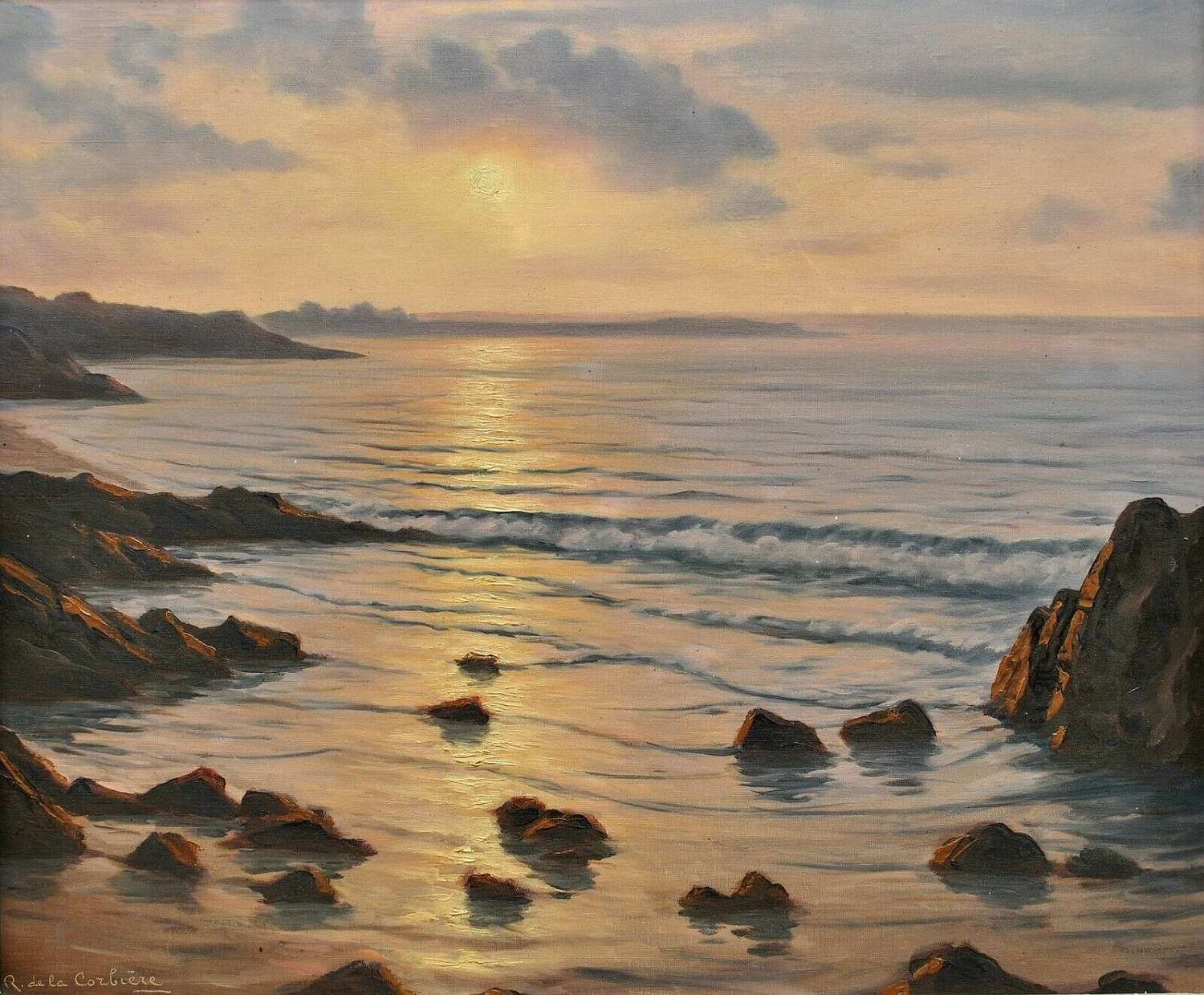 A very beautiful oil on canvas by the popular French artist Roger de la Corbiere. The work depicts the sun setting over the coastline at Lancieux in Normandy, as inscribed on the reverse. Signed lower left and presented in a fine antique carved and painted swept frame.

In very presentable condition with just a few tiny marks and small losses to the frame. Beautifully framed and ready to hang.

Roger de la Corbiere was a French artist born in Vienna in 1893. He studied under the Russian painter Choltse, who was a great exponent of light and shade. He exhibited at the Paris Salon for 35 years, receiving the Silver Medal in 1954. In 1957 he received the Bronze Medal from the Salon des Independants. The French State acquired several of his paintings in 1925. His paintings are in the collections of many well known persons throughout the world. He travelled and painted on the coasts of France, Italy and Spain. Corbiere gained a following for his coastal scenes and soon developed his unique style. His daughter followed on the family tradition, painting similar scenes. 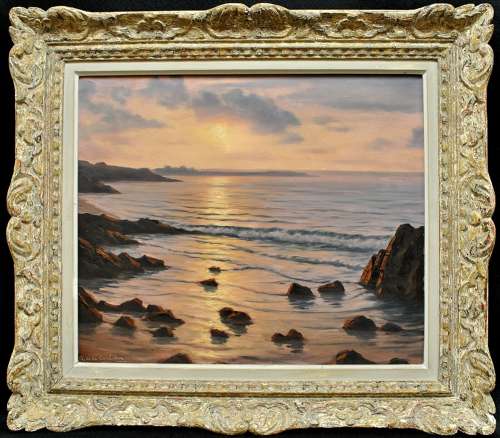 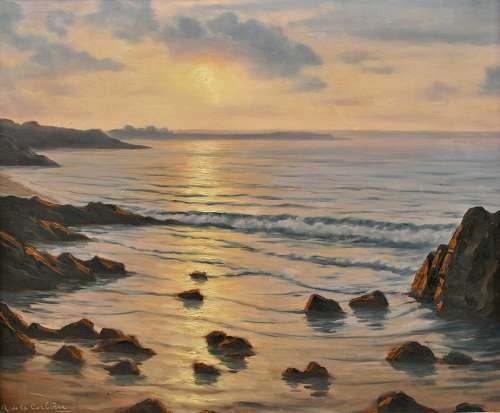 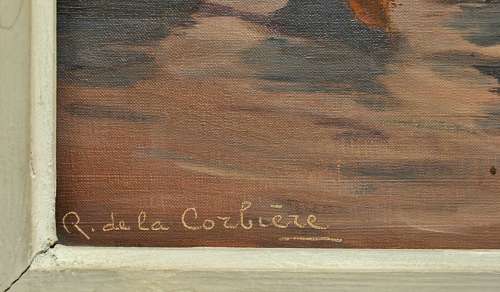 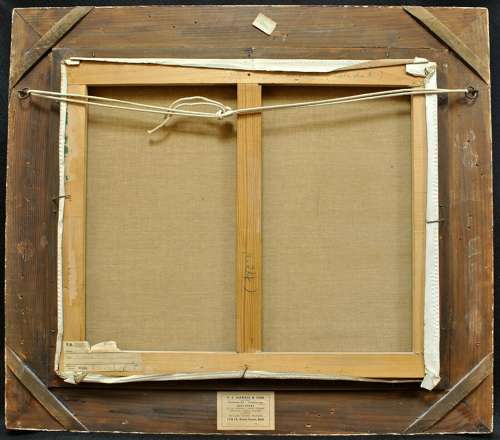 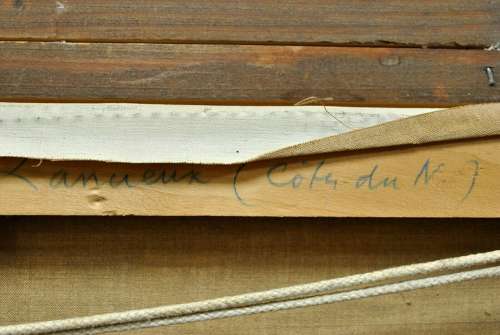