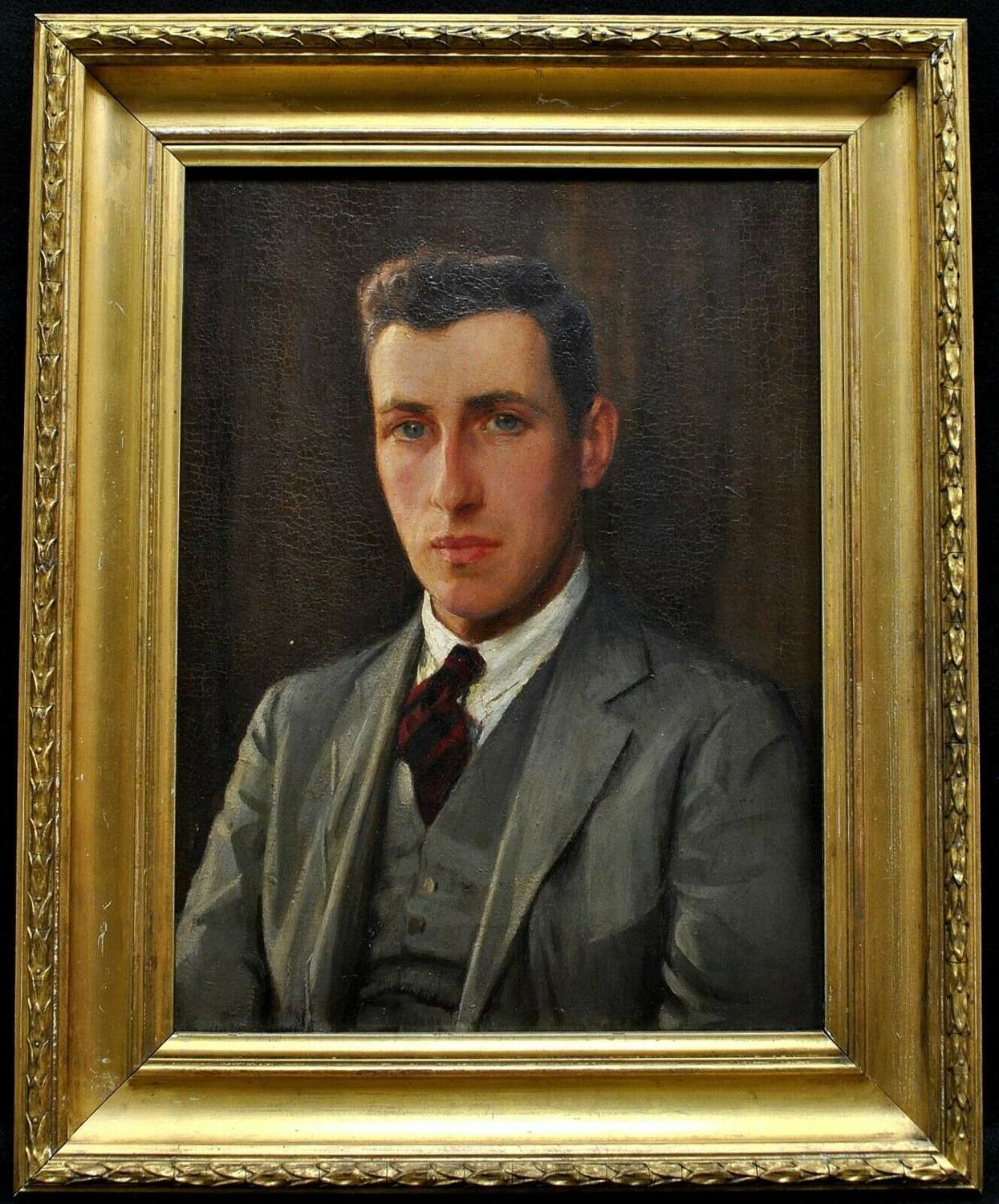 William Logsdail (25 May 1859 – 3 September 1944) was a prolific English landscape, portrait, and genre painter. He exhibited at the Royal Academy, the Royal Society of British Artists, the Grosvenor Gallery, the New Gallery (London) and others. His work has sold for up to £420,000 at auction.

Logsdail attended the Lincoln School of Art, where he initially showed an aptitude for architecture, but with the encouragement of his art master, Edward R. Taylor, (who was also Head of the School) he took to painting. While there, he won the Gold Medal for his work in competition with students at other English art schools. He went on to study in Antwerp at the École des Beaux-Arts, under Charles Verlat. While there, he became the first Englishman to win first prize at the School. One of his works from this period, The Fish Market (1880), was bought on behalf of Queen Victoria for Osborne House. When told of this, Logsdail supposedly commented, 'Shows her Majesty's good sense'.

In the autumn of 1880, Logsdail visited Venice where he was to remain, with occasional visits to England, the Balkans, Egypt and the Middle East, until 1900. During this early period in his career, he gravitated towards architectural and subject paintings. His The Piazza of St. Mark's, Venice, painted in 1883, was judged by the Royal Academy to be the 'picture of the year' when it was exhibited in London.

While not inclined to openly criticise other artists, Logsdail did, in his memoirs, relate a story concerning Walter Sickert. As he worked on his Ponte della Paglia (1898), Sickert arrived and set up his easel nearby. He then 'began to caper like a master of fence, backing and lunging with sudden stabs at his canvas'. An American passing by noticed a button on the pavement, retrieved it and, offering it to Sickert, said, 'Excuse me, sir, but I think this has worked loose!'.

The Times, in its review of the Royal Academy's 1881 exhibition, called Logsdail's work technically almost faultless, resembling a first-rate mosaic, rather than possessing those qualities understood by artists as painting and lacking 'delicacy of gradation'. The Standard, in their review of the Royal Academy's 1883 exhibition described his The Piazza of St. Mark's, Venice as possessing a 'vivacity of characterisation' and a 'brilliancy of painting'.

In its review of London art exhibitions in 1887, The Times commented that his 'eastern' works, such as Arch of the Khalif - Cairo and Doorway of a Mosque, painted while in Egypt, were admirable and suited his talents as a colourist. Commenting on his The Ninth of November (The Lord Mayor's Procession, London, 1888) (1890), the Birmingham Post pointed out its success in its accurate portrayal of the 'vigour, variety, humour, and incident of a London crowd'.[

The Morning Post, in its review of the Royal Academy's 1897 exhibition, highlighted the 'sincerity' and 'judicious combination' of colour hues demonstrated in his Bronze Horses of St. Mark's, Venice (1897).

He also painted some sixty-nine small paintings for the Fine Art Society on the subject of the French and Italian Riviera. Seven of these were sold to the Duke of Westminster. In 1893, Logsdail was awarded a medal for oil painting at the World's Columbian Exposition (also known as the Chicago World's Fair).

After spending two years in Taormina and Sicily, he and his family returned to England, settling in West Kensington, London, where his The Early Victorian (1906) (a costume portrait of his daughter Mary) was well received. This marked the beginning of a period of portrait painting for Logsdail, who was offered so many commissions that he was able to pick and choose his sitter at will.

In 1912, he was elected as a member of the Royal Society Portrait Painters.

In 1922, he and his family moved to the Manor House at Noke near Islip, Oxfordshire, where Logsdail remained until his death at the age 85. A plaque on the house commemorates his time there.

Logsdail was a friend of Frank Bramley, who also attended Lincoln School of Art and went on to co-found the Newlyn School and be elected to the Royal Academy.

The record auction price is for a picture by William Logsdail remains '' The Bank and the Royal Exchange '' which made £420,000 at Duke's auctions. A version of St Martin in the Fields made £50,000 at Sotheby's in 2004. A portrait of his daughter Mary titled " An Early Victorian " which launched his career as a portraitist made £30,000 at Christie's in 2011.

Lieutenant Colonel Frank Colin Campbell Bradshaw MBE (1902-1947) married Mary Logsdail at Noke, Oxfordshire on 23/04/1927, please see marriage certificate attached. His father was Commander Frank Bradshaw R.N. Frank junior was a Lieutenant Colonel in the Royal Engineers and was awarded the MBE. He died suddenly whilst on active service at Fayed, Egypt, on 10 September 1947. At the time of his death he is recorded as living at the Logsdail family residence at the Manor House, Noke, Oxfordshire, at which there is now a blue plaque for William Logsdail. He left effects of £7880 8s 6d. 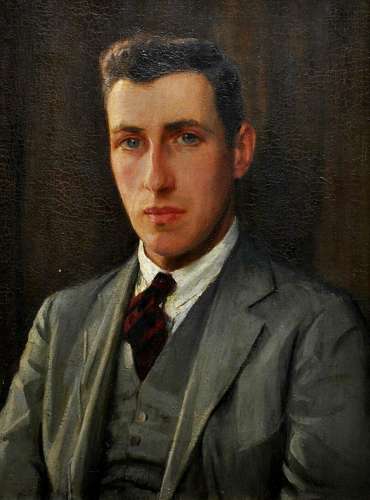 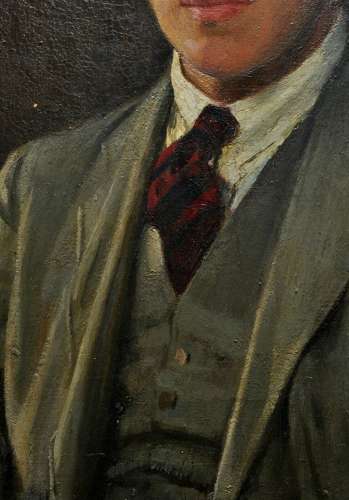 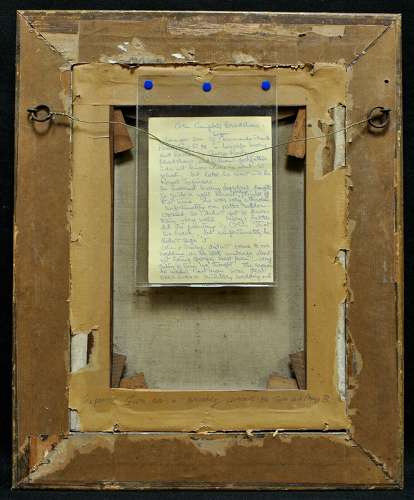 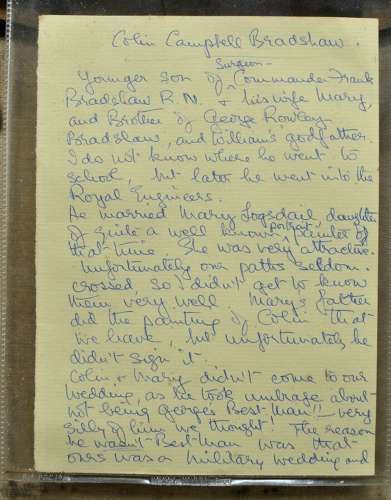