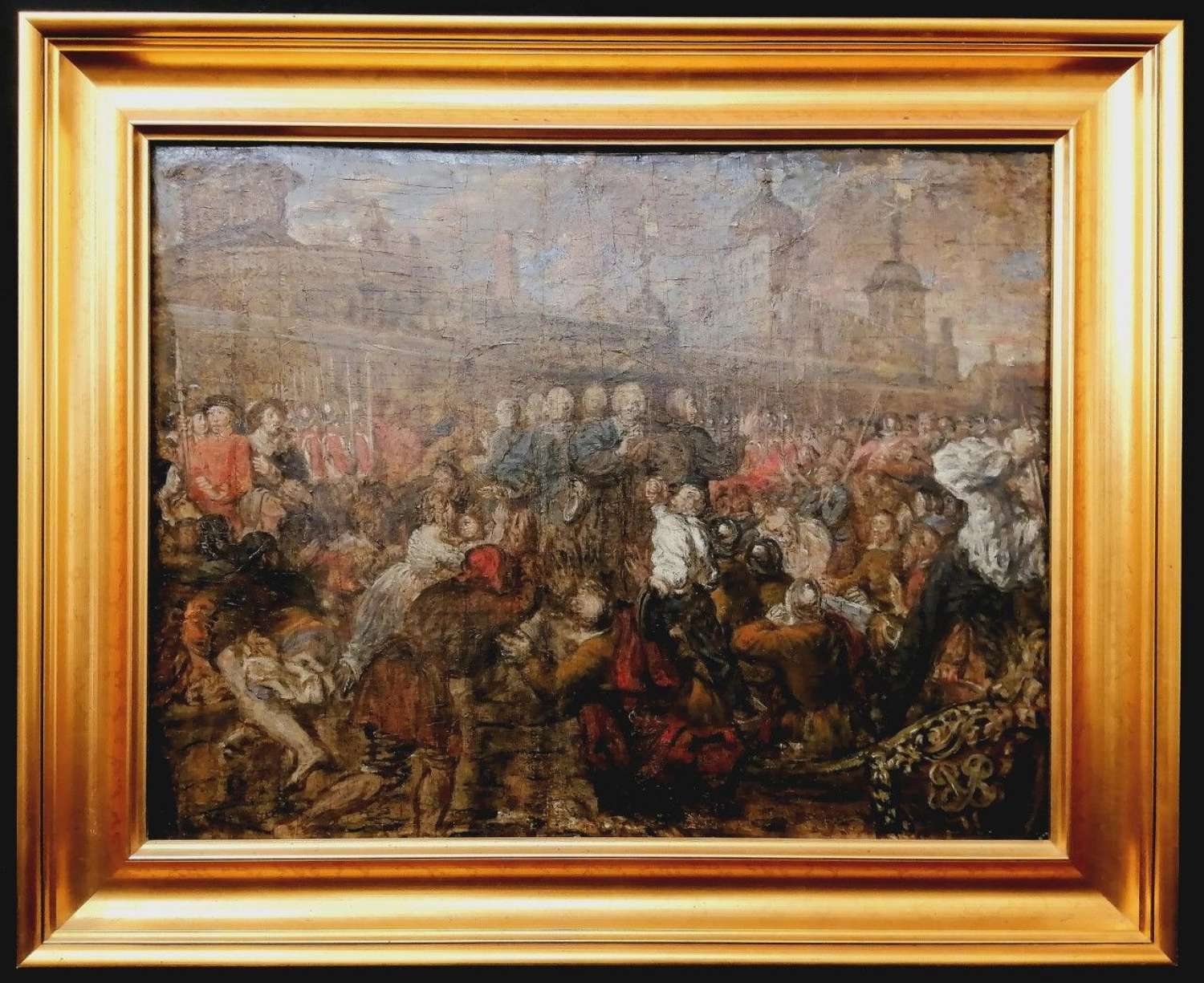 '' Bishops Committed to the Tower ''

A marvellous early to mid 18th century oil on wood panel depicting an extensive scene in front of the Tower of London as seven bishops are committed to the Tower in 1688
When James II began to infringe the religious monopoly of the Church of England he lost the support of many Anglican clergy. After the second Declaration of Indulgence (1688) which suspended the Test Act, William Sancroft,, Archbishop of Canterbury, and six other bishops petitioned the king against it. Sent to the Tower and tried and acquitted for seditious libel, the bishops became popular heroes and the episode undermined James's authority
The painting is in very good condition for age, cleaned and framed around 10 years ago and ready to hang 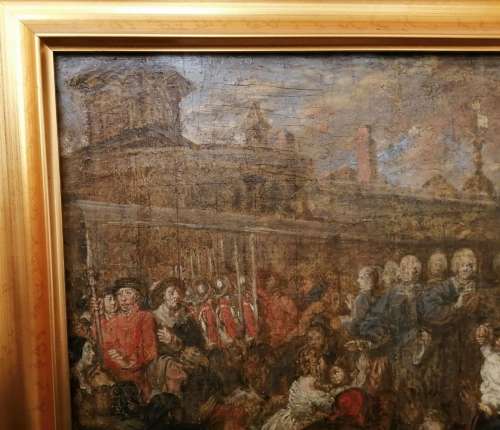 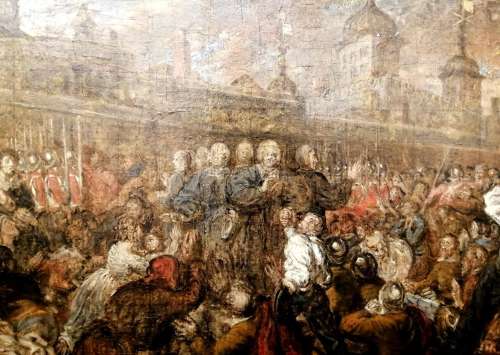 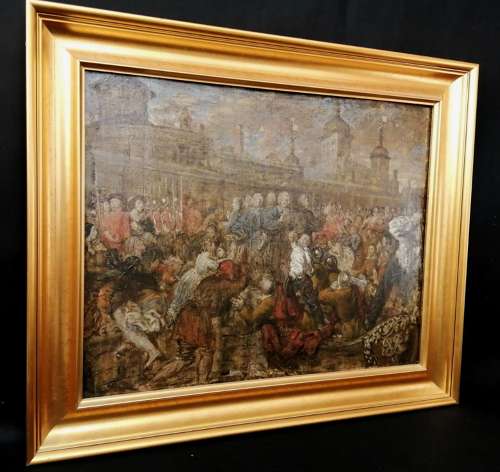 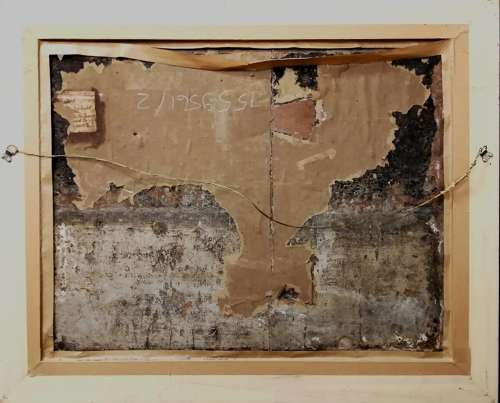