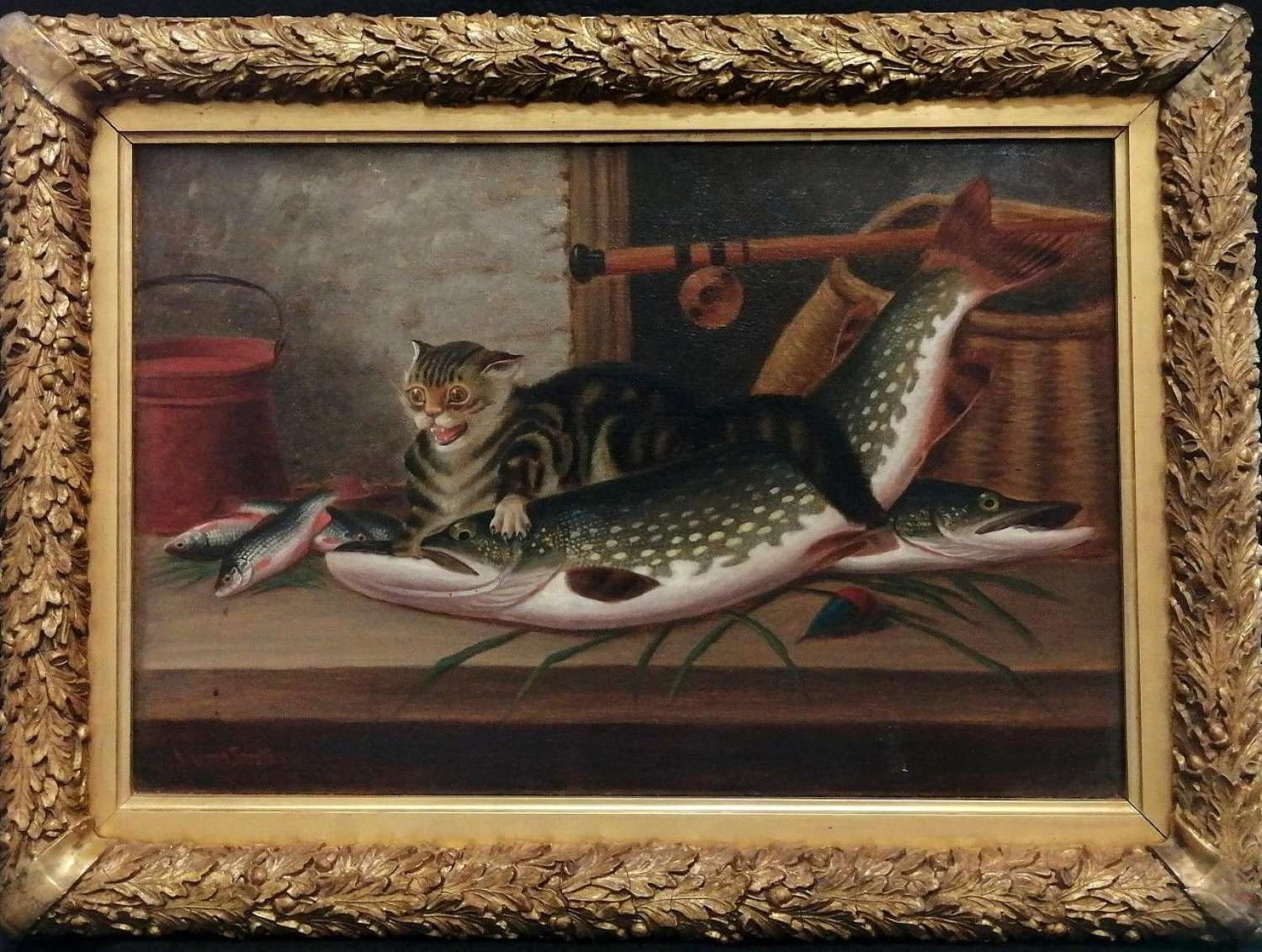 A fine large early 19th century oil on canvas depicting a cat with its paw caught in the mouth of a salmon on a ledge, with trout and other fishing related items, by the sought after British artist A. Roland Knight, who specialised in fishing scenes. Presented in a fine carved gilt frame 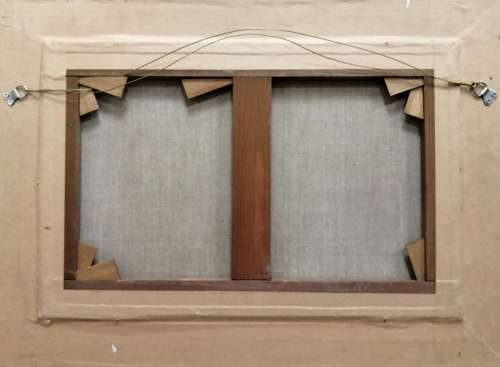