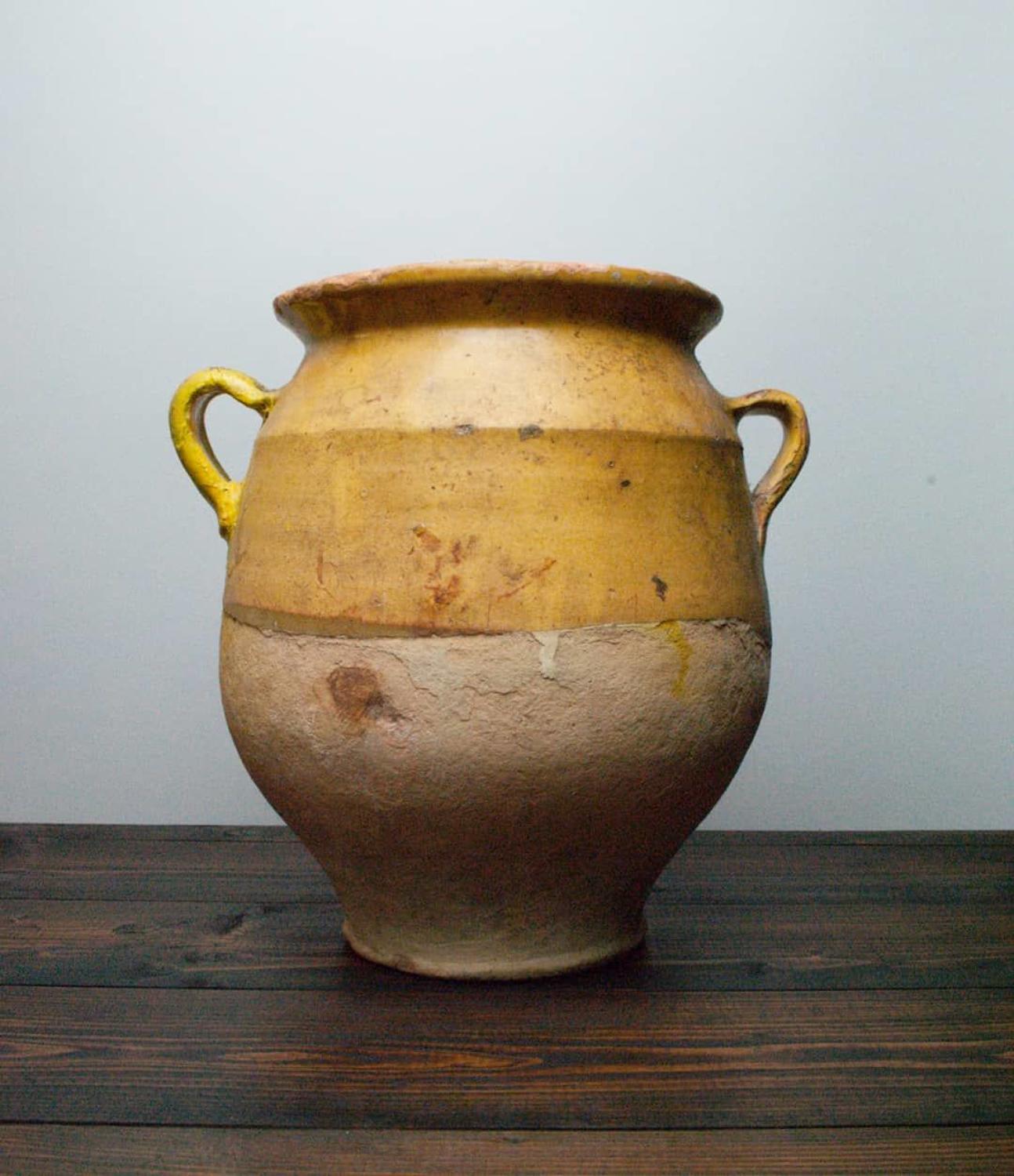 Classic French confit pot with yellow paint to the upper half. These are typical of the South of France and were used there to store meats in the 19th/early 20th century.

One handle has been repaired and repainted at some point. They did a good job and it is structurally sound. Mend and make do!