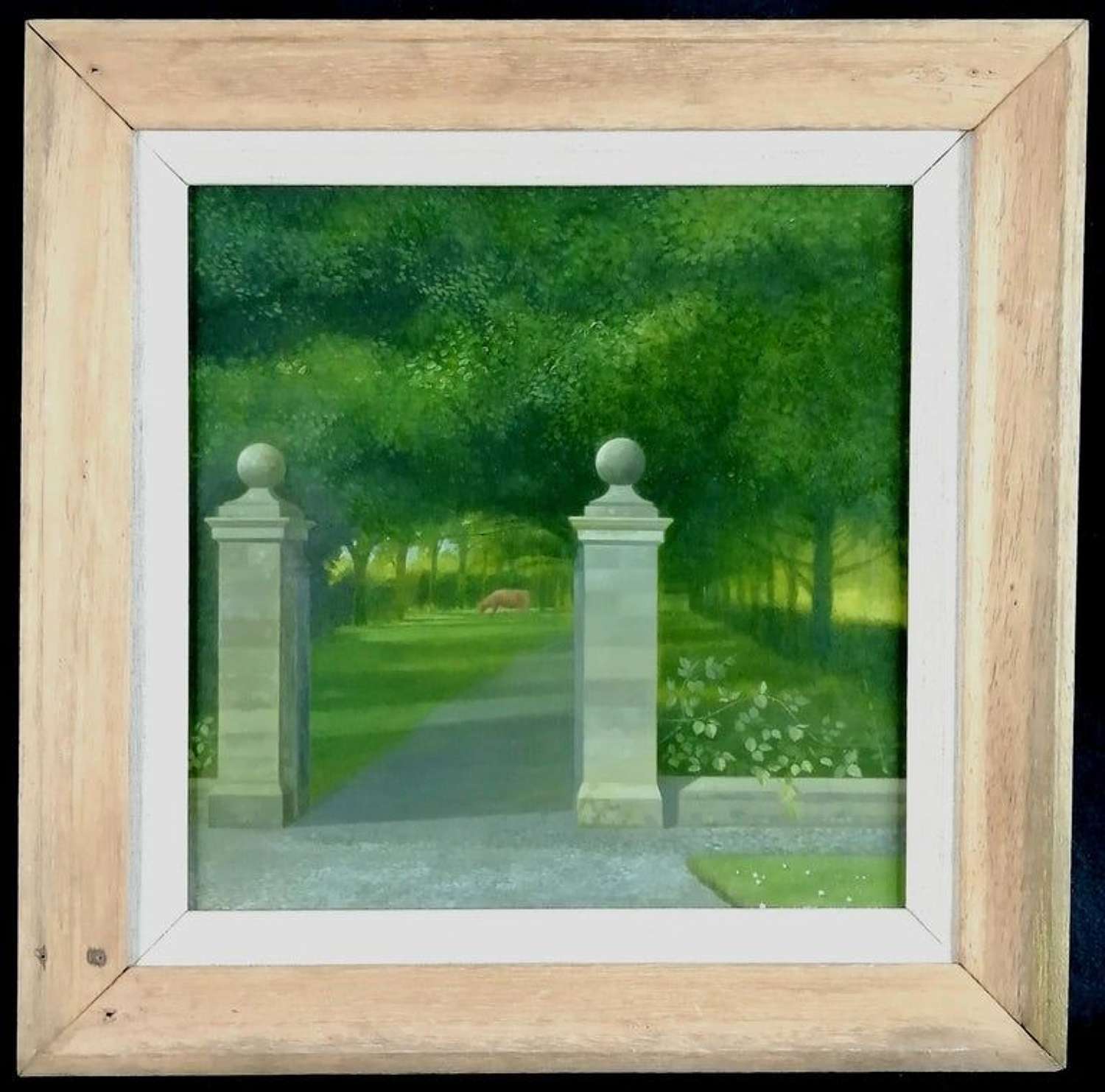 In 1987, Noel Oddy  was asked to help assemble and curate a large exhibition entitled Eight British Artists for the Royal Borough of Kingston-on-Thames, which was  opened  by the late Sir Roger de Grey, President of the Royal Academy.  One of the Eight British Artists he chose (alongside Frederick Gore, RA ) was Douglas Wilson, RCA.

Douglas Wilson was born in 1936; he studied Fine Art at Oxford under Percy Horton, Geoffrey Rhoades and Lawrence Toynbee.  A member of the Royal Cambrian Academy, he has always been inspired by that English landscape which retains the atmosphere and beauty he associates with the works of Sir Edward Elgar, A E Houseman, Mary Webb and also the Welsh painter Richard Wilson (1714 - 1782).

To delve into the mysteries of a Douglas Wilson painting is compelling; you are transported into another time of quiet, hidden activity and sense of place, where in the majority of his paintings his  attention to detail draws you to look closer, to see more and more. It is very tempting to wander up a driveway or to travel down the country lane to see beyond the hedges and walls and daydream of the lives beyond the painting.

Douglas’s output is slow.  Layer upon layer of oil paint carefully laid onto board to create   his distinctive and luxuriously smooth surface which allows him to build up his image and retain the crisp colour and lifelike details that makes his work so unique and popular.

Douglas Wilson has exhibited extensively since 1980 since resigning from his teaching post as Head of Art at a well-known public school to concentrate on his painting.  He has since been invited and participated in exhibitions at the Ashmoleum  Museum, Oxford;  Royal Cambrian Academy;  Royal Society of British Artists;  Royal Institute of Oil Painters;  Royal Academy Summer Exhbition,  plus many notable private galleries.  His work has been eagerly collected and can be found both in USA, Europe and the UK. 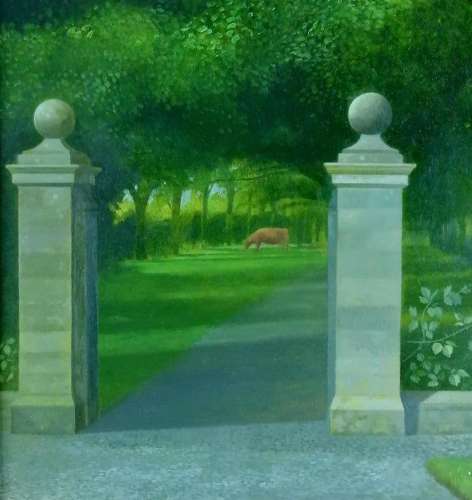 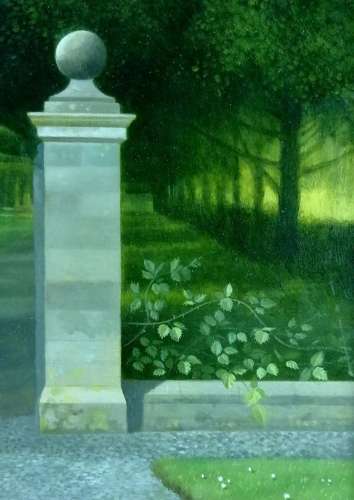 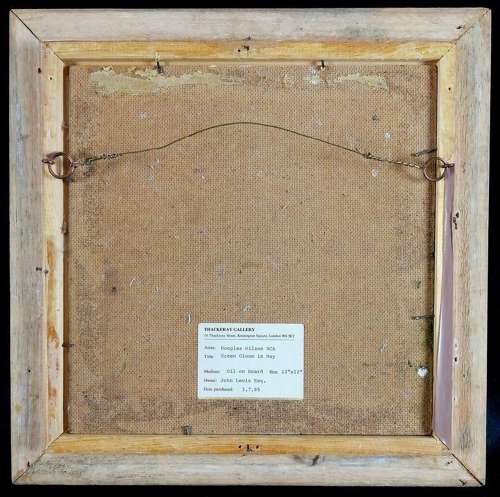 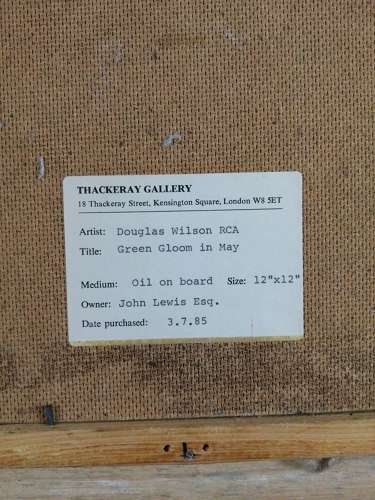 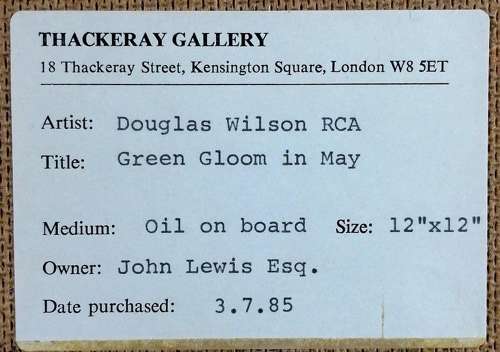