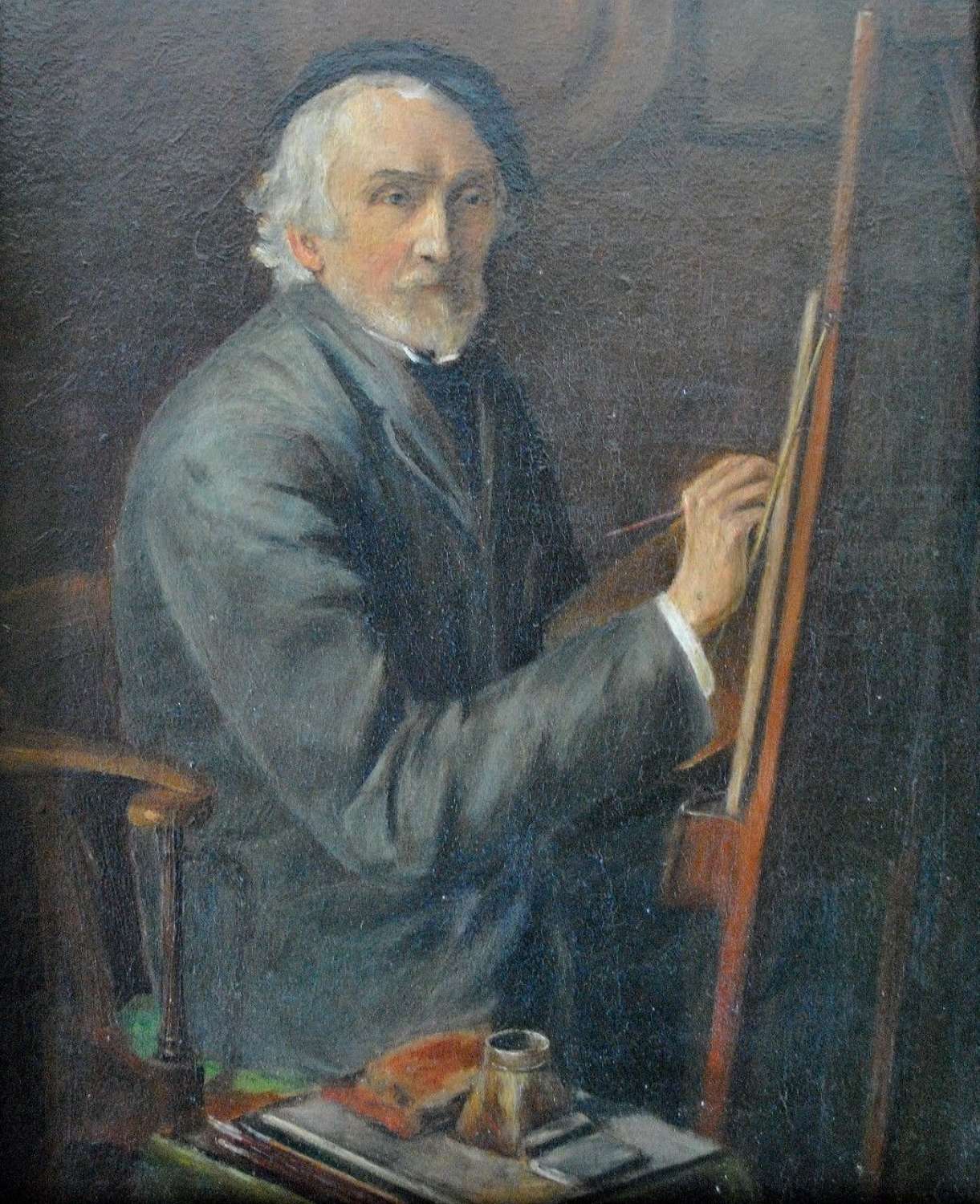 F.D. HARDY AT THE EASEL

W: 28cm (11")H: 33cm (13")
SOLD
A. Gertrude Hardy (British, XIX/XX)
'' F.D. Hardy at the Easel ''
Oil on board
Provenance - Sotheby's London, 12th Nov 1992, Lot 55
A wonderful 19/20th century portrait of the artist Frederick Daniel Hardy (1827-1911) at the easel, painted by his daughter A. Gertrude Hardy. Signed and inscribed verso
F.D Hardy was an English genre painter and founding member of the Cranbrook colony of artists. He exhibited ninety three pictures at the Royal Academy between 1851 and 1898. His works are found in numerous public collections, notably at the Wolverhampton Art Gallery which holds nineteen of his paintings 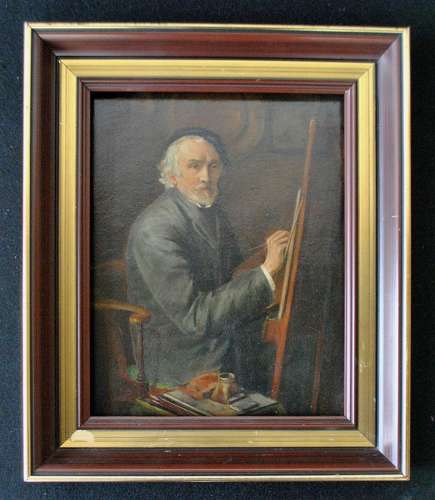 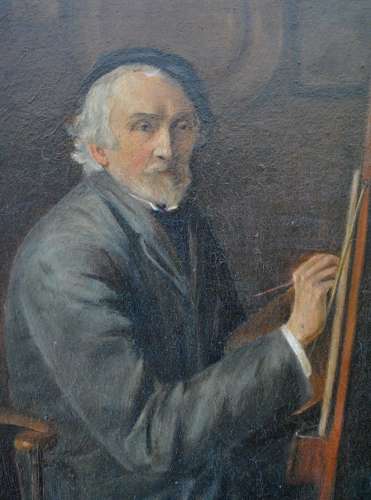 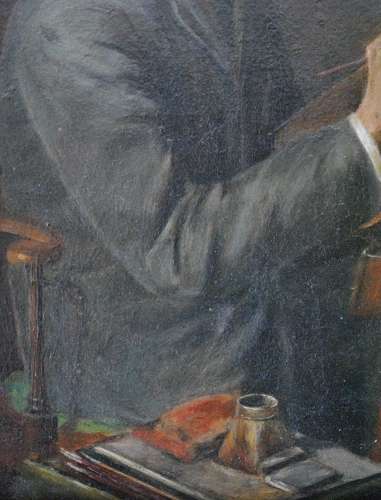 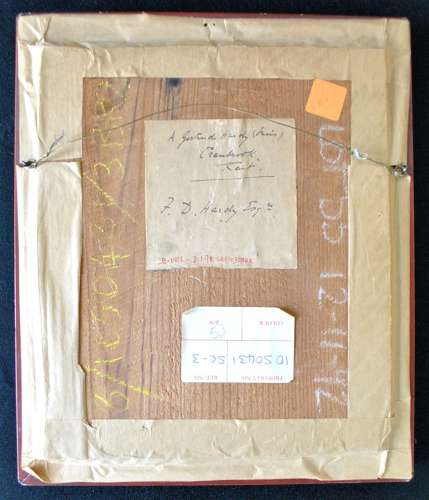 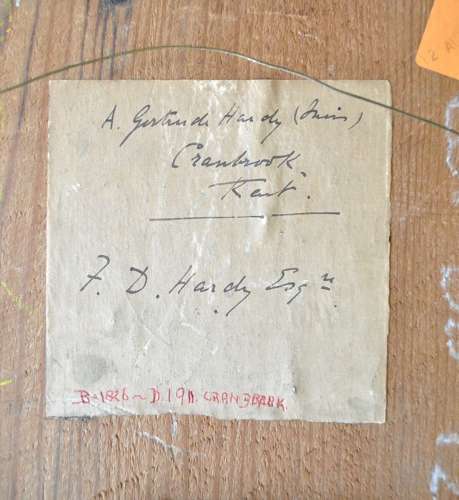