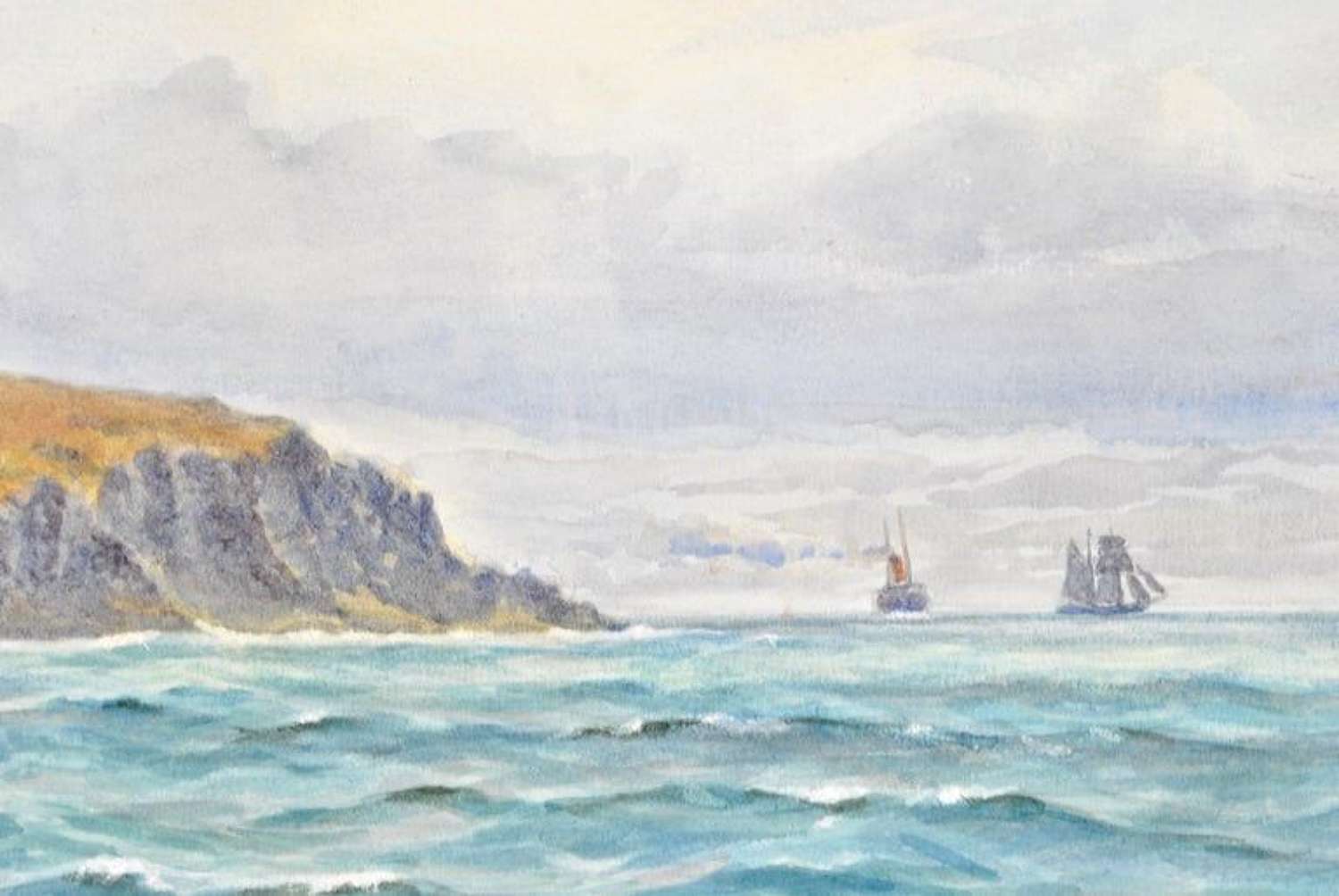 A fine late 19th century watercolour seascape with distant sailing boats off the Mull of Galloway by James Aitken. The artist specialised in coastal scenes around the British Isles and is very well regarded. Signed lower right.

This is one of a pair that we currently have available - the other depicting the Anglesea Coast in Wales.

He painted mainly maritime scenes in England and Scotland, and also made several visits to the continent, to paint in France, Italy and Switzerland. From 1894 he visited the Isle of Man, and liked it so much that he moved there permanently with his family in 1911. They took up residence in Port St. Mary.

James Aitken exhibited works at the Royal Academy, the Royal Institute, the Royal Watercolour Society and the Royal Cambrian Society as well as in the provinces. He was a member of the Liverpool Academy of Arts. Today, he has works in the Warrington Museum, Walker Art Gallery, Liverpool and the Merseyside Maritime Museum.

James Aitken was the father of John Ernest Aitken, who went on to become an acclaimed artist in his own right. 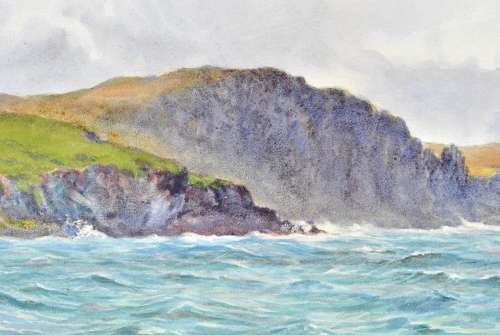 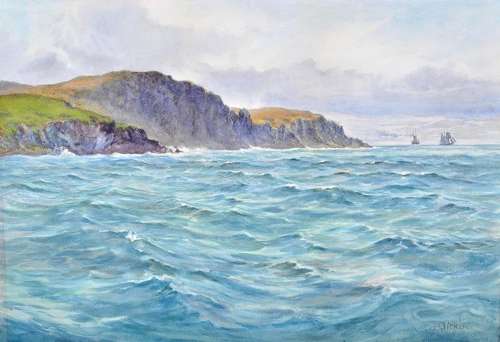 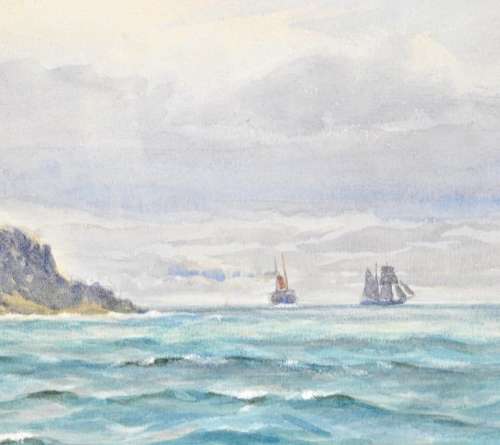 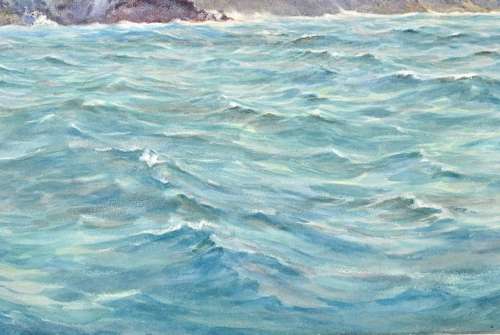 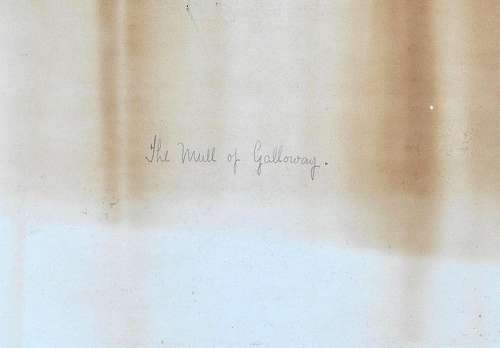