A very interesting abstract oil on board depicting city centre lights at night, by the popular English artist and illustrator Colin Ruffell. From a series on city centre lights that the artist created using the edge of a pointing trowel to create straight lines.The beautiful work is very well executed in impasto and presented in its original painted pine frame. Signed lower right.

Excellent condition, very clean and with no sign of damage or restoration.

His pictures are varied. He paints in many styles. Some images are childlike and amusing, others are traditional landscapes, and yet more are complex modernist abstract relationships of colour, texture and shape. He paints in explosive bursts,  punctuated by long spells of getting ready or recovery from the last effort. 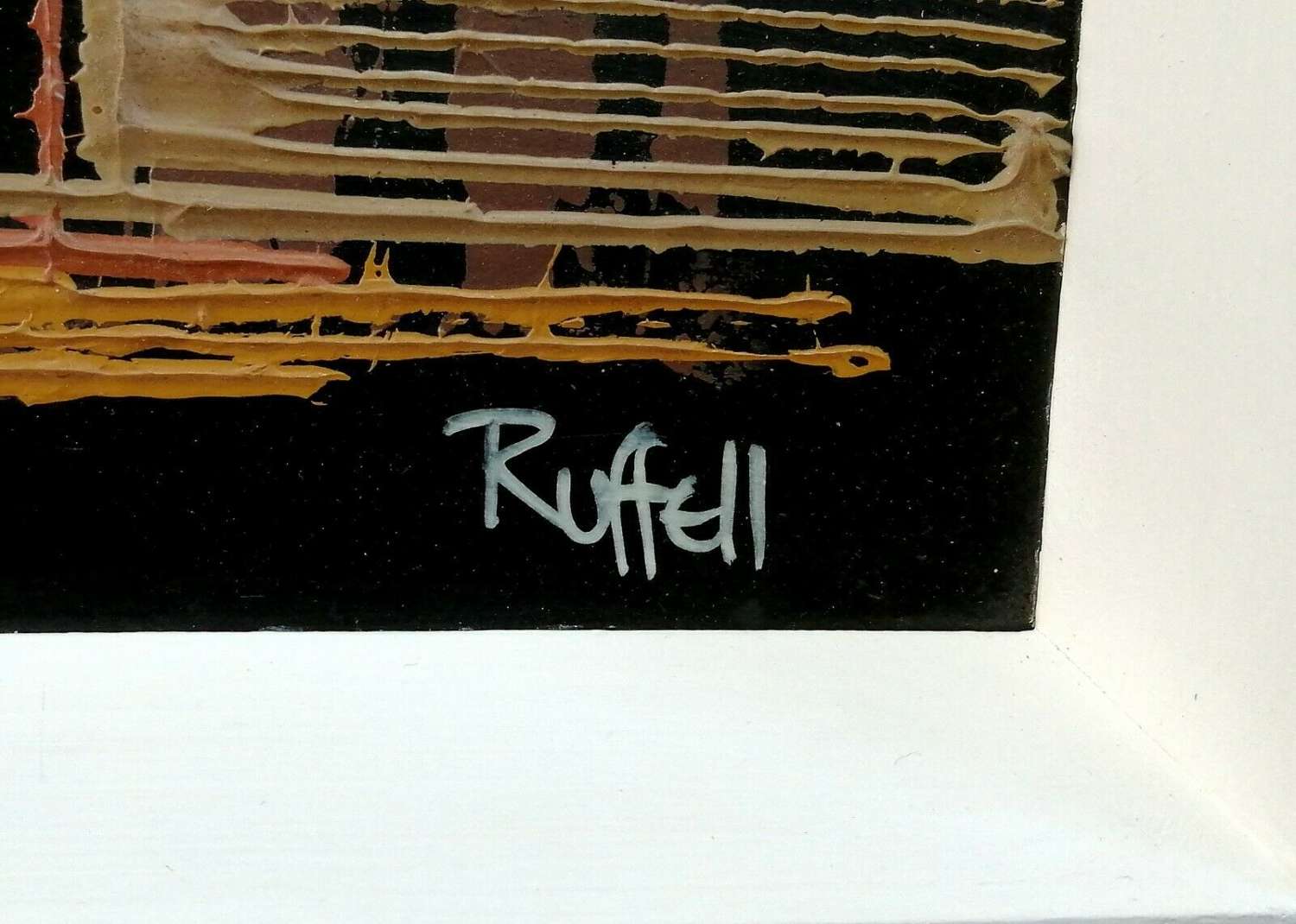