'' Bound for Winter Quarters, the Yachts off Blackwall ''

A very interesting signed and dated 1881 oil on canvas by Henry Edwin Tozer. The work is titled verso '' Bound for Winter Quarters, the Yachts off Blackwall '' and depicts shipping on the Thames with a London skyline, probably Greenwich, beyond.

The large building behind the foremost yacht looks like the Old Royal Naval College. Signed '' H.E. Tozer ''and dated 1881 lower left. Presented in its original frame.

By 1888 Tozer had moved to Newlyn and spent the rest of his life in the South West.. At the time of the 1891 Census, he had an address in St Just, Cornwall. Bessie Boyns was a pupil of his, and exhibited with him in St Just in 1892. He also taught his son, Henry Edward Spernon Tozer, with whom he is often mistaken. Henry Edwin signed his paintings '' H.E. Tozer '' whlist Henry Edward Spernon signed '' H.S. Tozer ''.

Henry Edwin Tozer exhibited Surf and Rocks at the Mouth of the Cove at the RA in 1892. Two works by him were shown at Birmingham between 1889 and 1892. 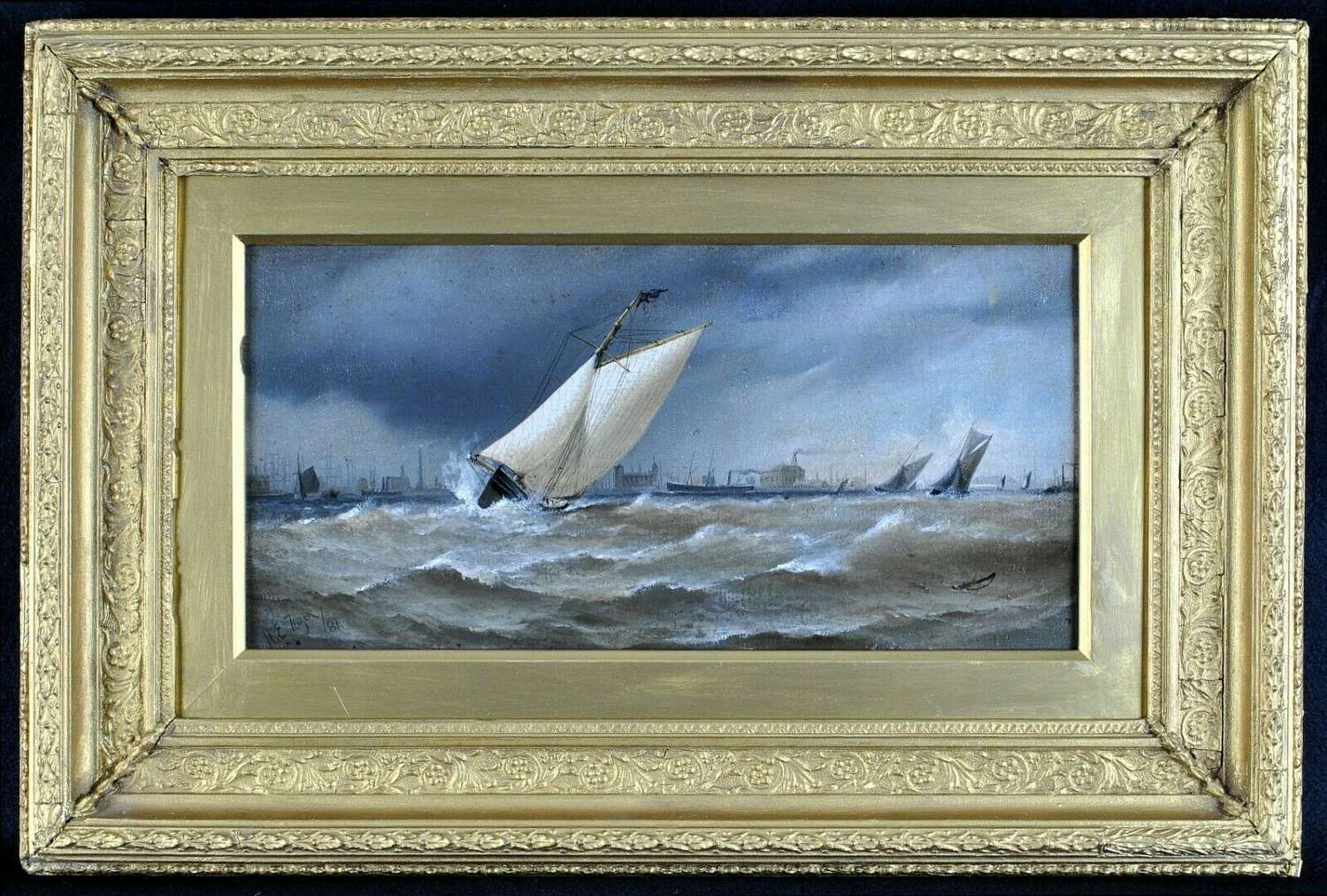 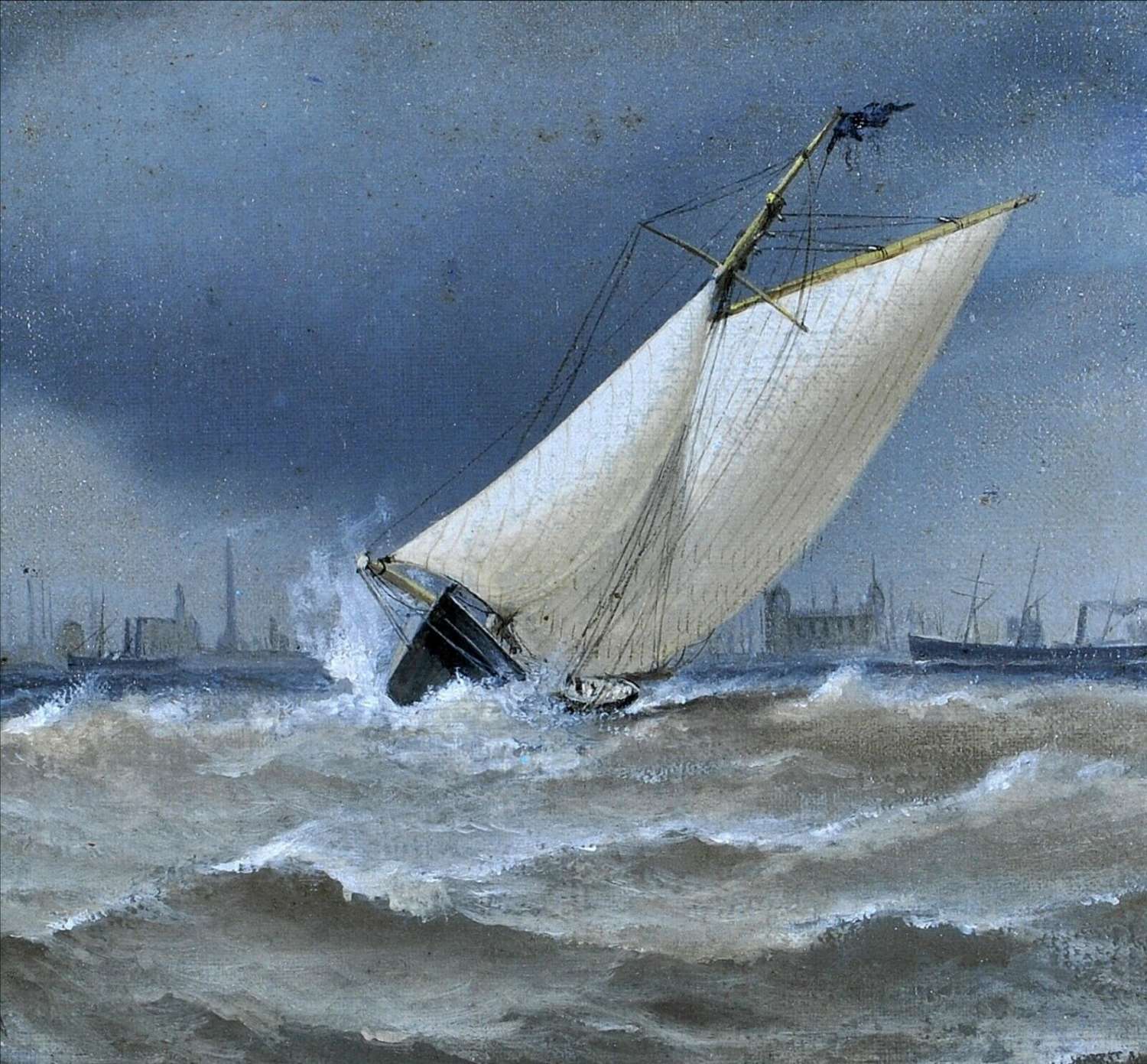 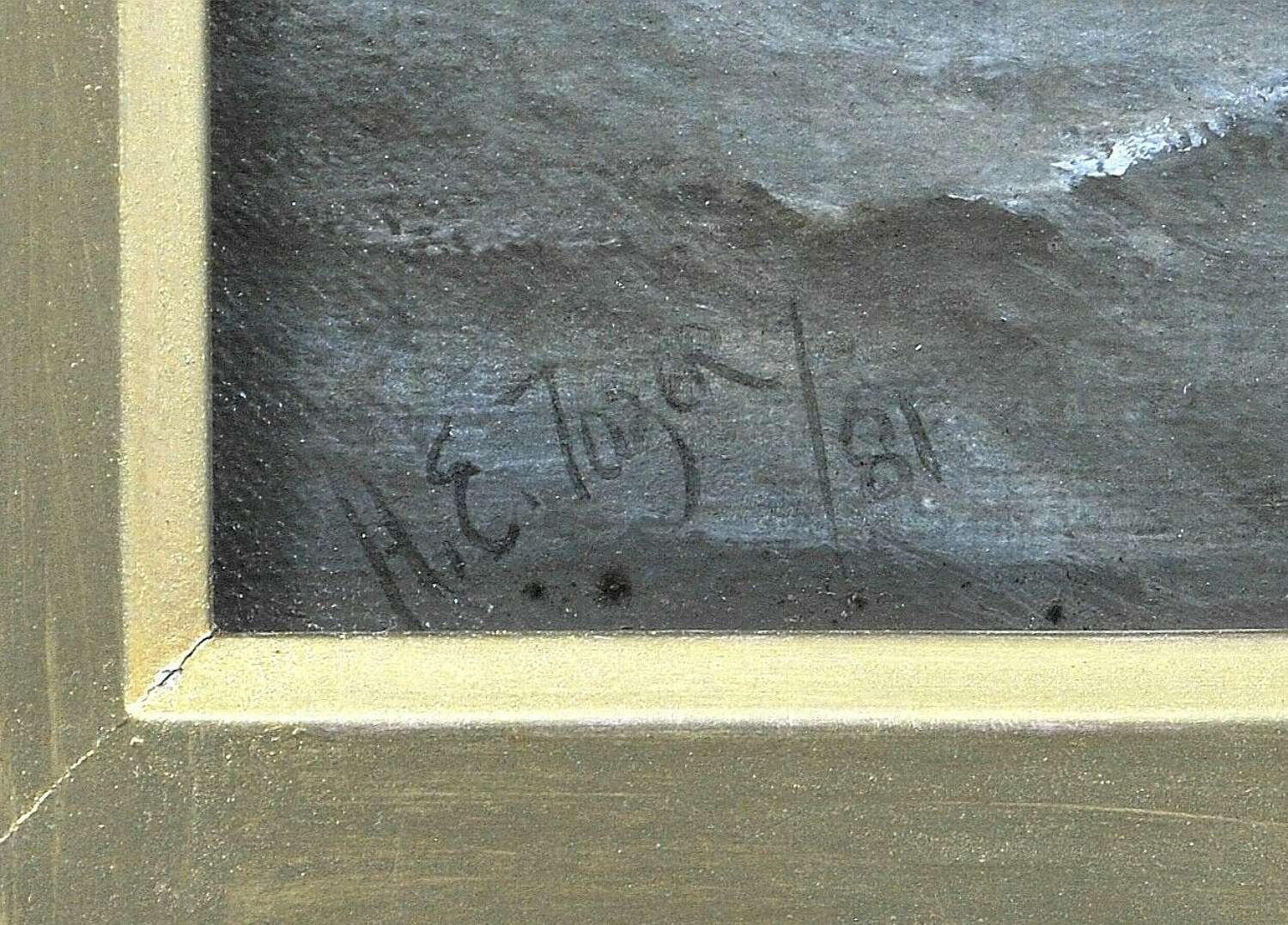 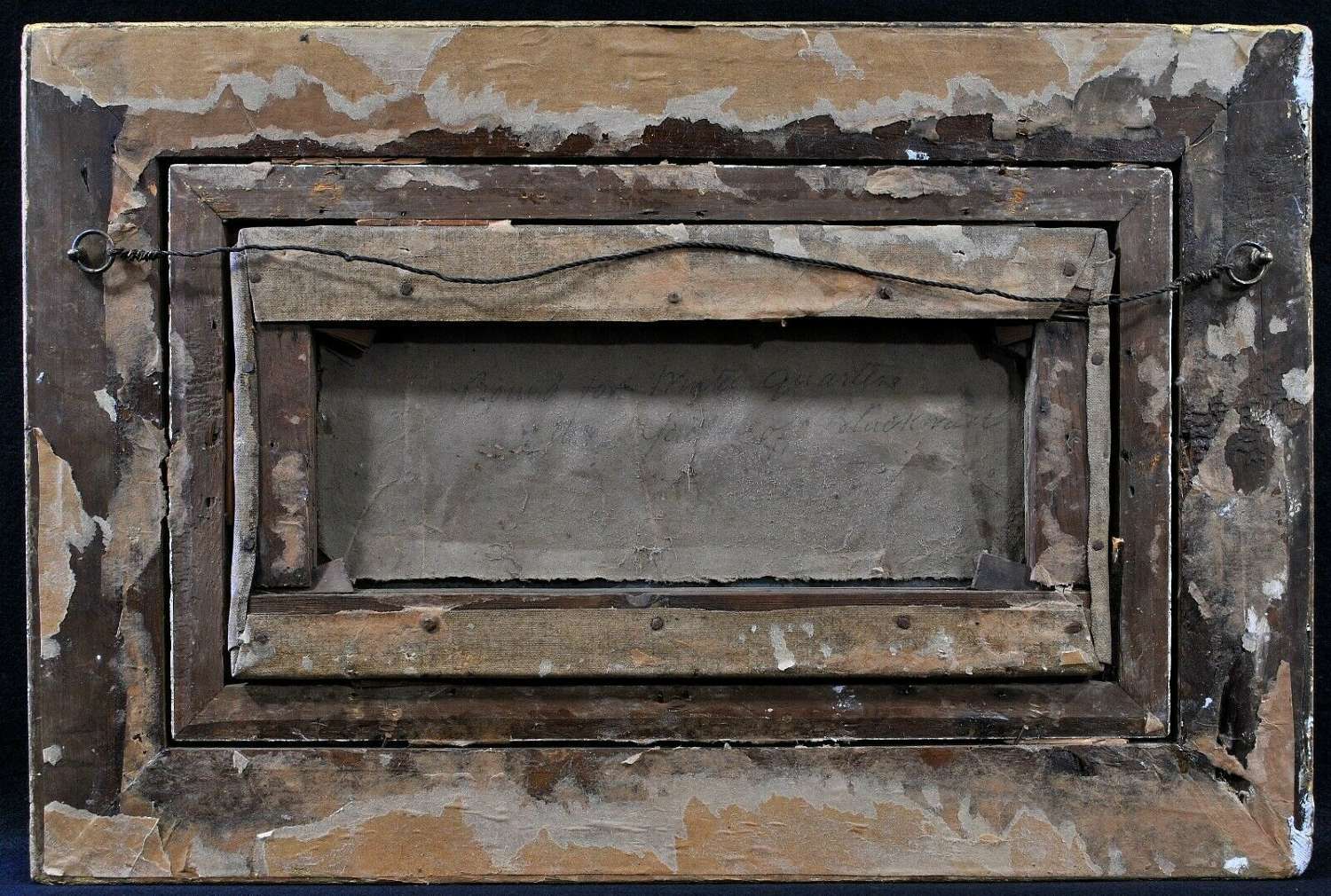