A superb late 19th century impressionist oil on canvas coastal landscape depicting two figures walking on a beach with white cliffs beyond. A very interesting and stylish work with striking rock formations - likely depicting a beach in Normandy. There is a beautiful monogram lower right and date of 1899. Presented in an antique gilt frame.

Superb condition as was previously under glass which has been now removed. 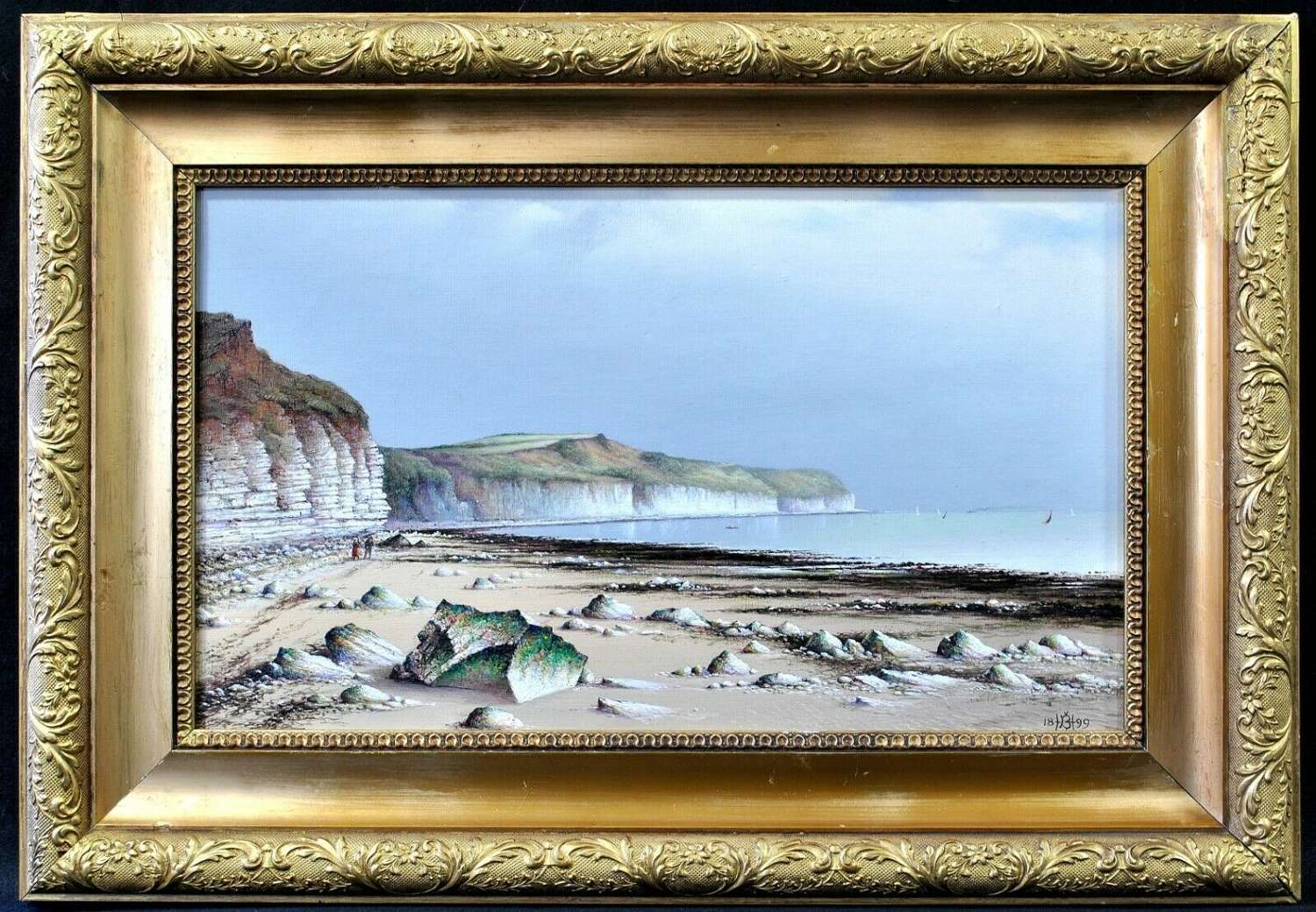 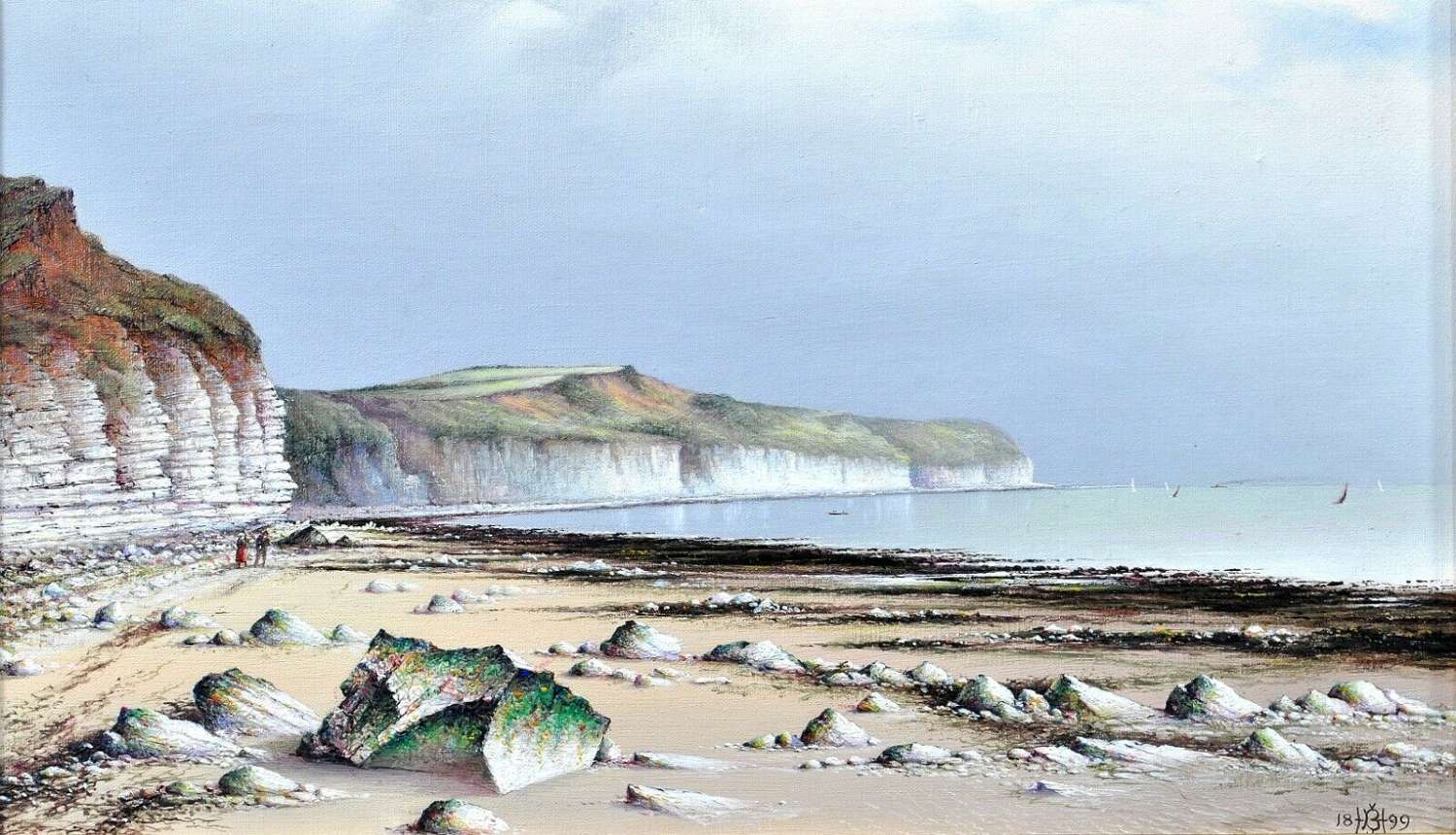 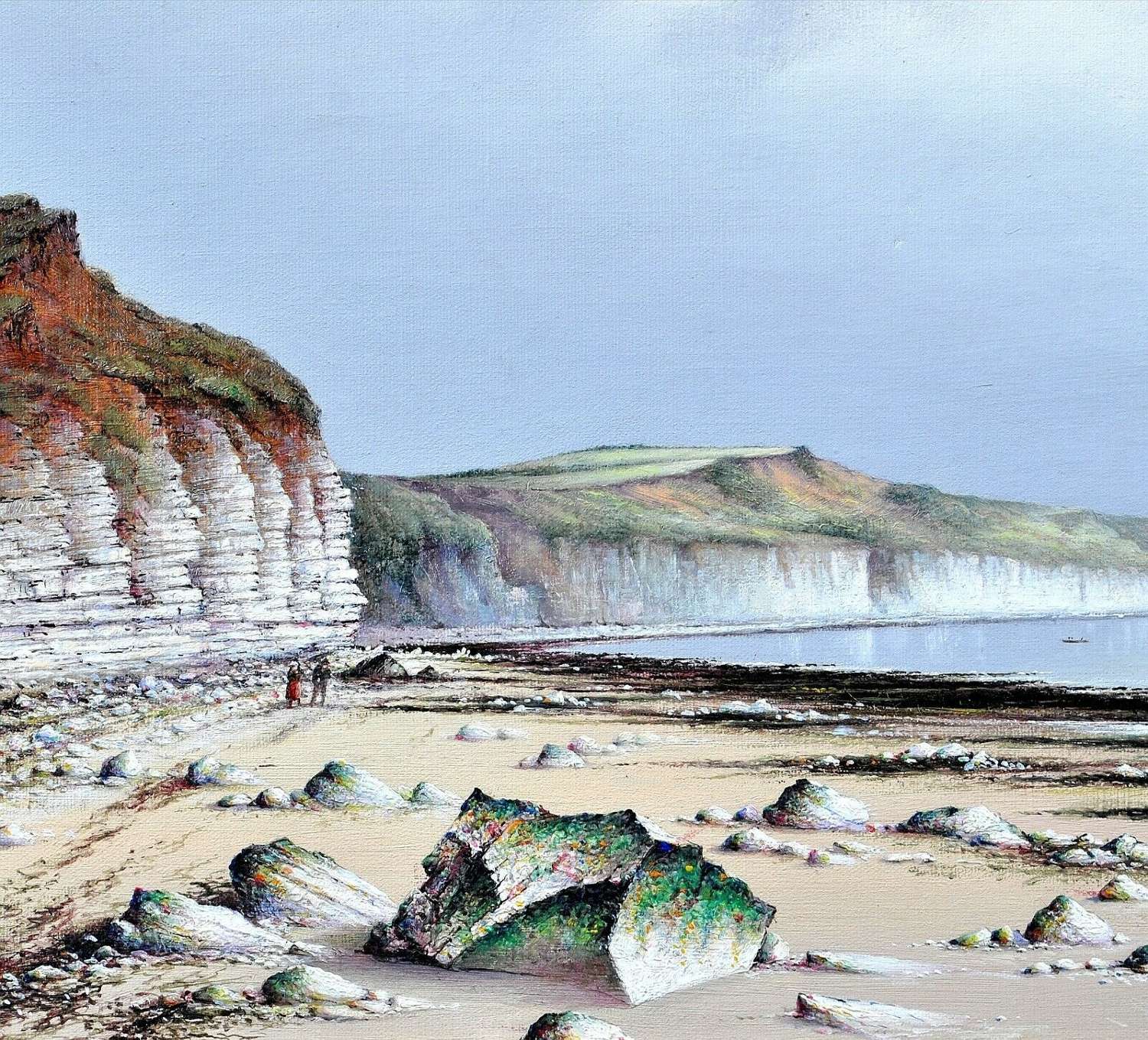 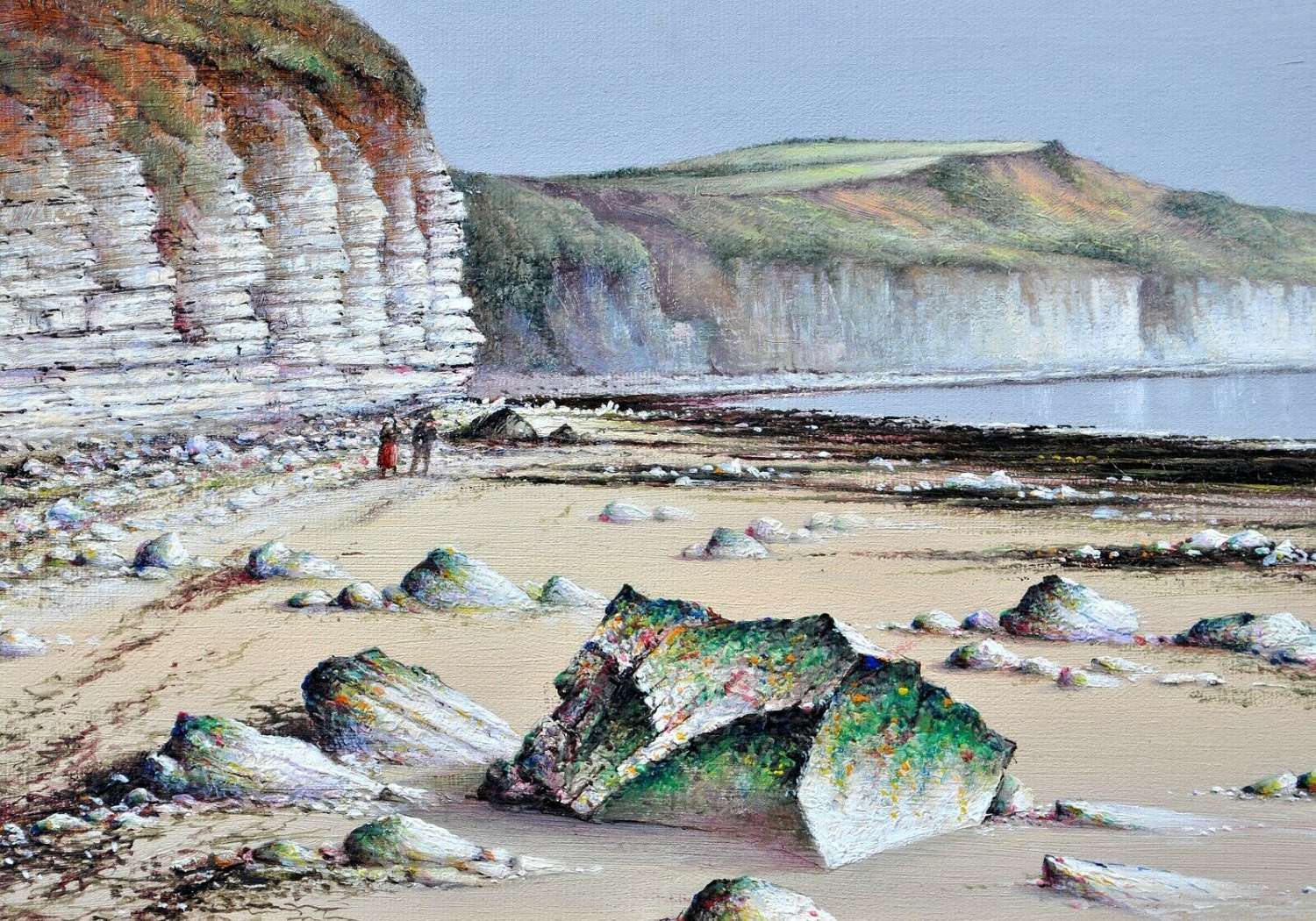 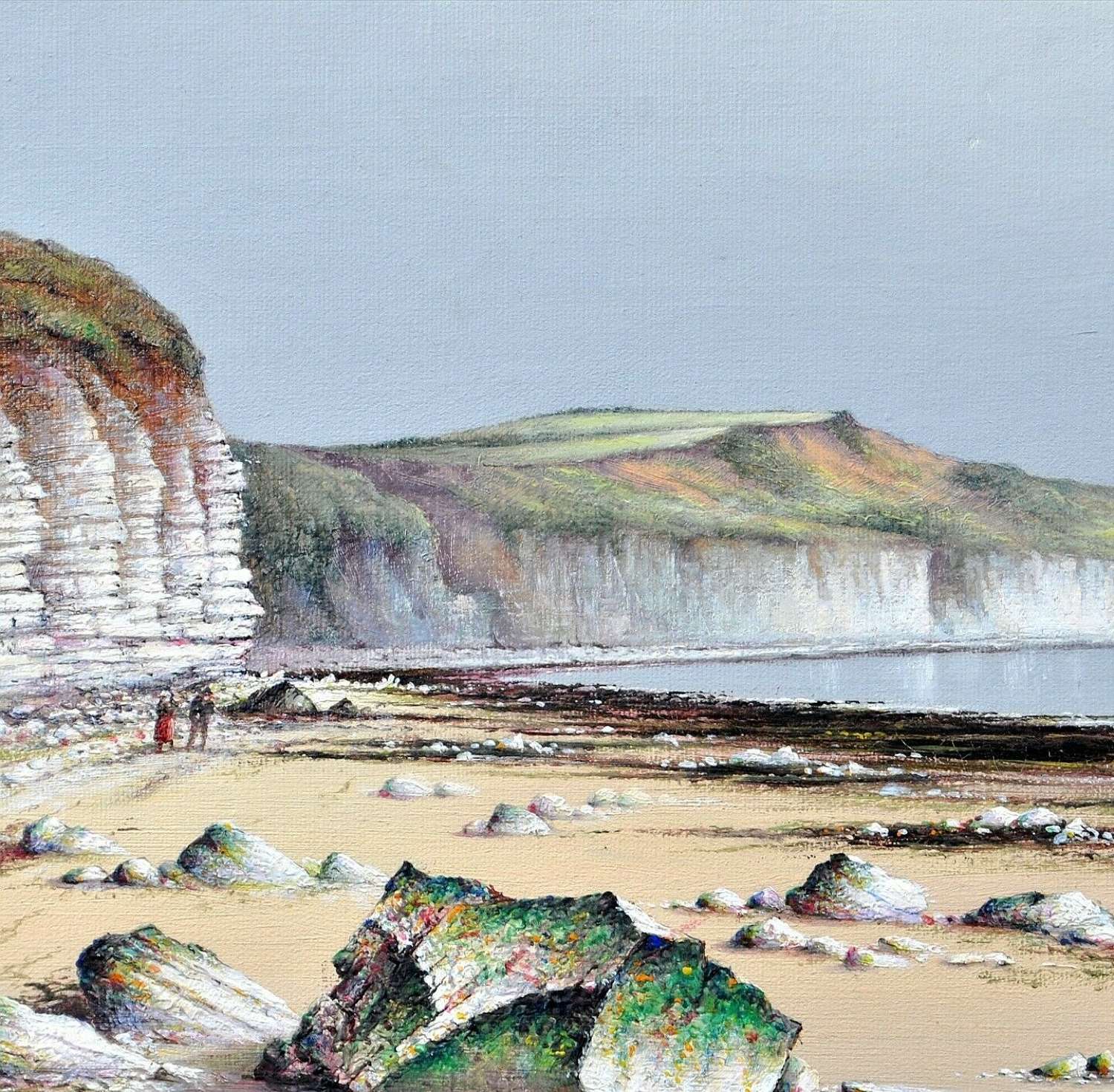 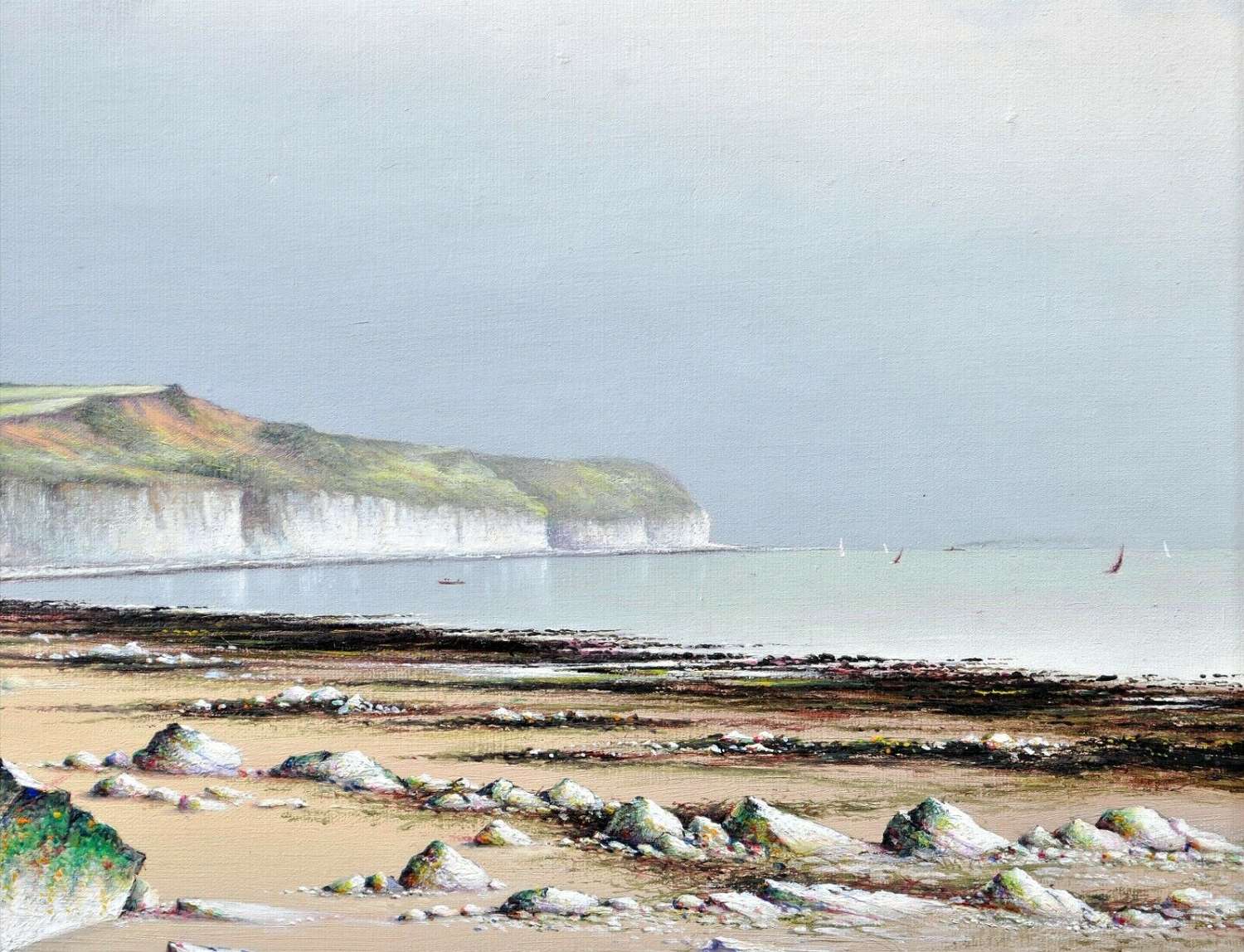 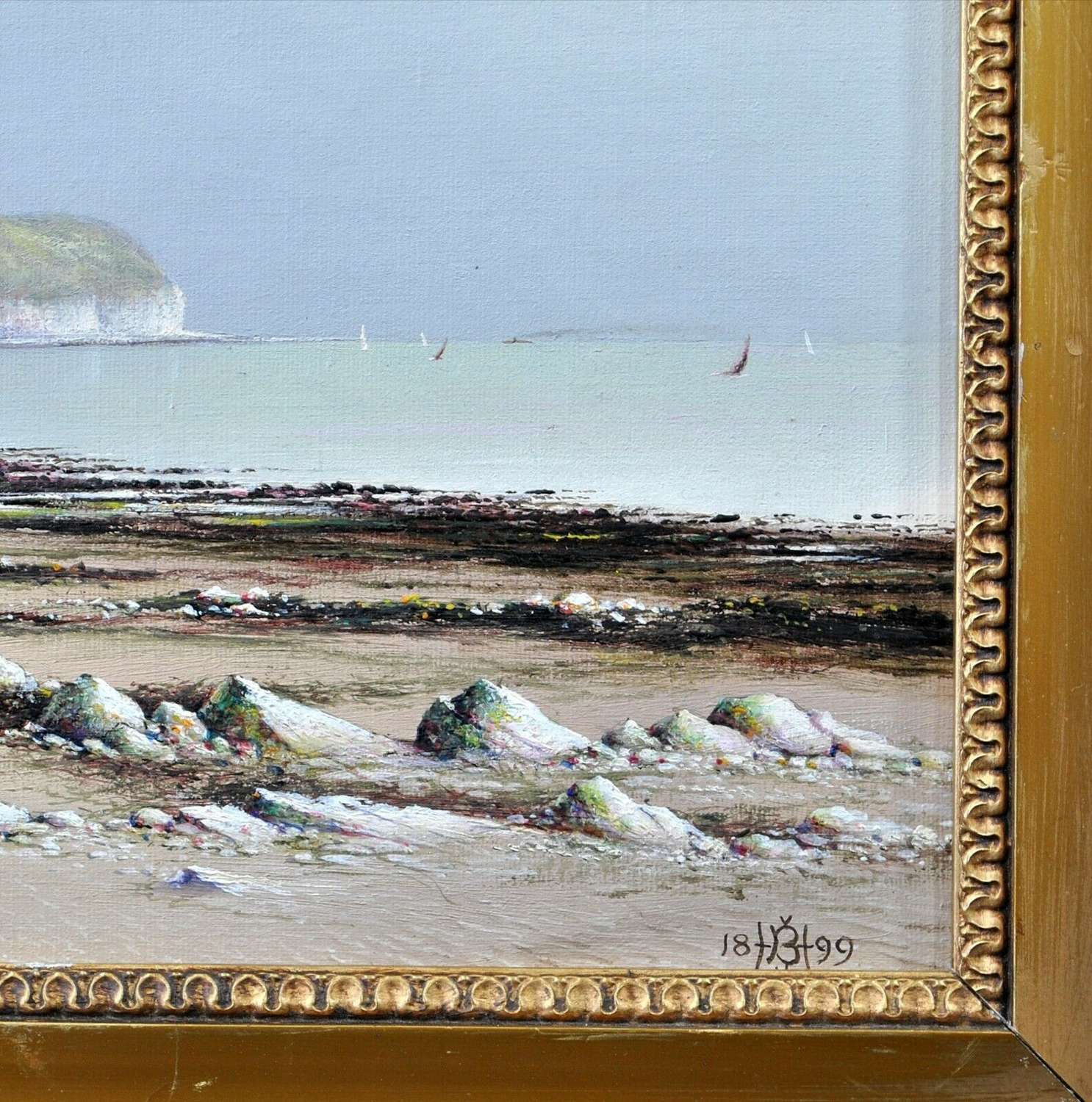 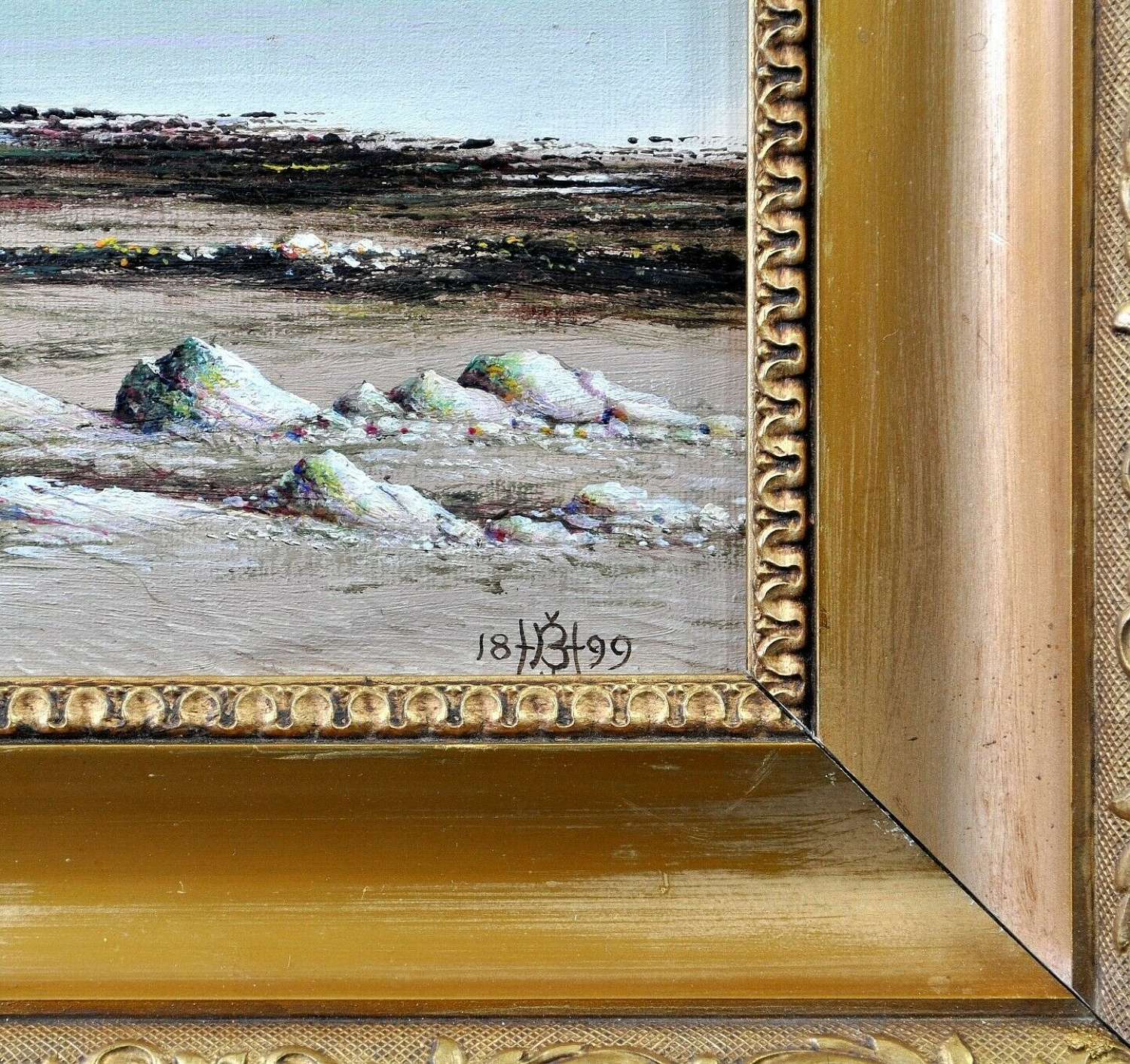 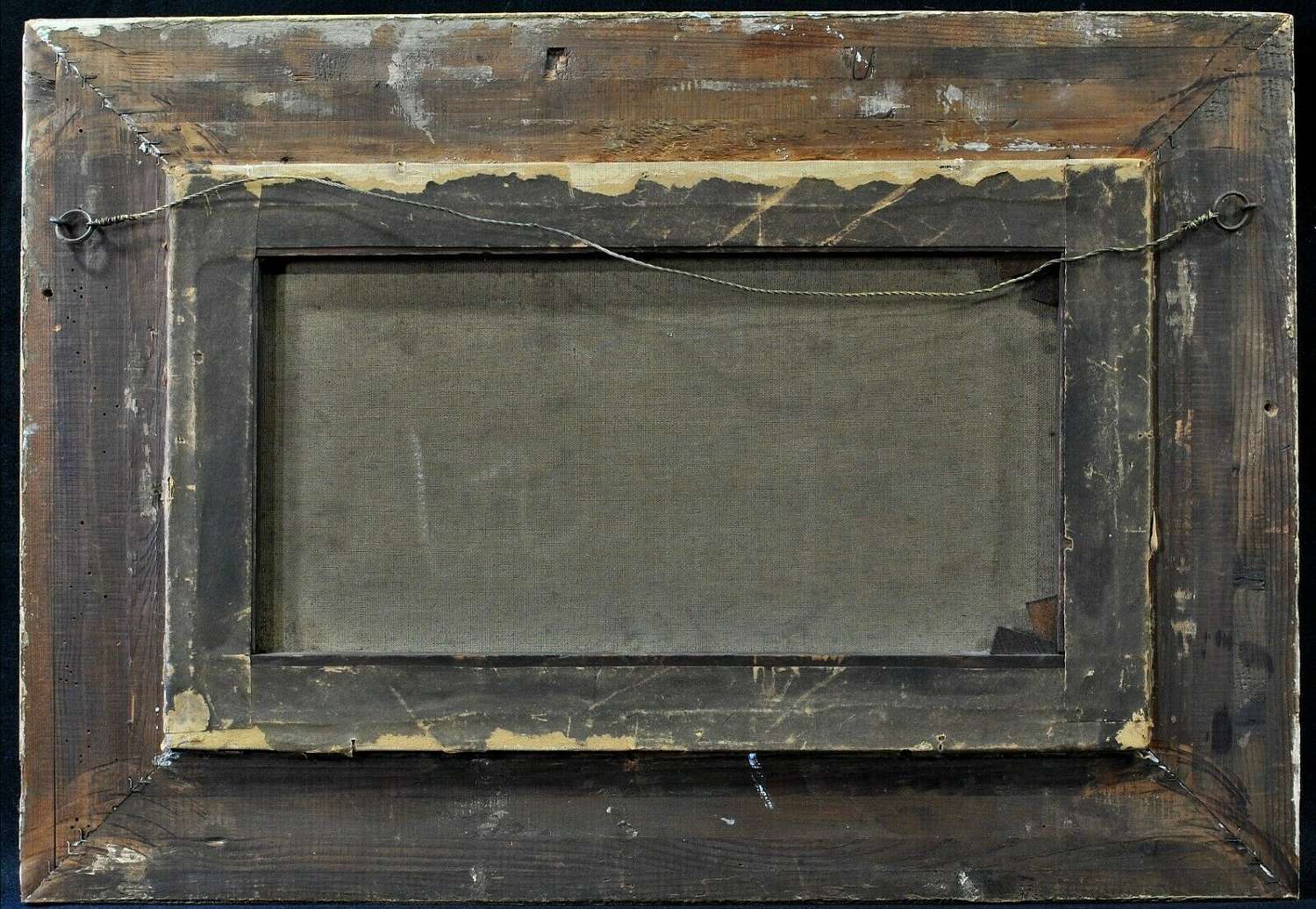